Emily Bustamante is the longtime partner of rapper Fabolous –real name John David Jackson; the two have been together for several years and have welcomed two children together.

Emily Bustamante also known as Emily B is a shoe designer and celebrity wardrobe stylist turned reality TV star. She and Fabolous have been together since at least 2002. The couple welcomed their first child in 2008, Emily Bustamante gave birth to a son, Johan Jackson. Then in 2015 they welcomed their second child, another son, Jonas Jackson.

Prior to her relationship with Fabolous, Emily was already a mom to daughter Taina –from a previous relationship. 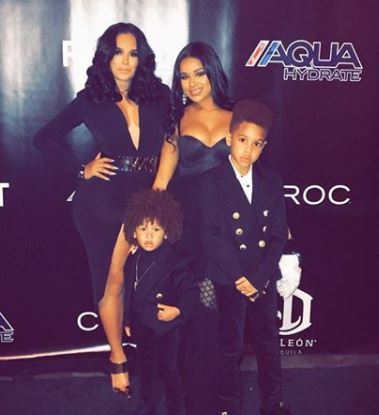 Emily was born February 10, 1981 in New York; however she grew up in Virginia. She is of Puerto Rican and Dominican descent. Around 2011 we got to know her up close after she appeared on VH1’***** show, Love & Hip Hop with Yandy Smith. 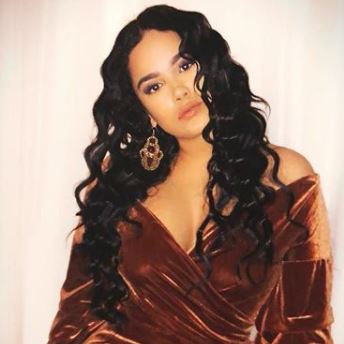 She engaged herself for more than two seasons in the series. Since then, she has established herself as Hip hop artist, Disc Jockey, Songwriter, Rapper, Record producer and business women by her profession. After Love & Hip Hop, she went on to appear as a supporting cast member in the spin-off Chrissy& Mr. Jones.

Emily’s love life has been pretty controversial. She and Fabolous have been on and off for over a decade. Also, back in the day, she was said to be in a relationship with NFL baller, Michael Vick –this was prior to his jail stint. At the time it was reported Vick was cheating on his fiancée with Emily Bustamante.

Nowadays, things don’t appear to have change that much. The businesswoman, reality TV star and mom of three is said to have called the cops on Fabolous after he allegedly stuck her at their home in Englewood, NJ. According to TMZ, Fabolous turned himself into police with his attorney by his side.