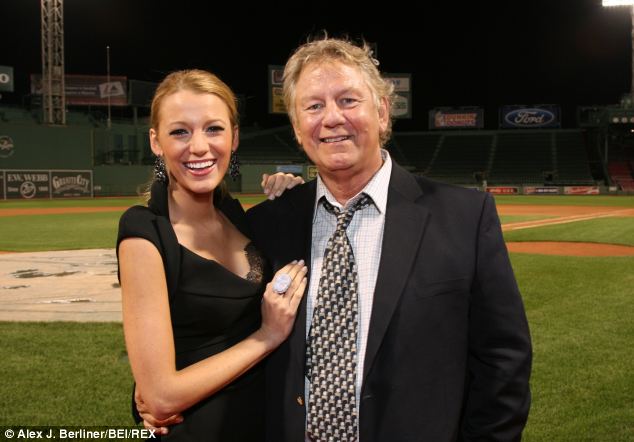 Ernie Lively was born Ernest Brown in Baltimore, Maryland on January 28, 1947. In 1979, he married talent manager Elaine Lively and took her name. They are the parents of actors Blake Lively and Eric Lively, and he is stepfather of her children from her previous marriage Lori Lively, Robyn Lively, and Jason Lively.

During the late 80’s and most of the 90’s, he helped start and shape the careers of many young Hollywood’s working actors including Brittany Murphy, Tamala Jones, Kristy Swanson, Alyson Hannigan, Jason Priestly and Casper Van Dien to name a few.

In 2008, Ernie was in a serious car accident. He lost control of his car trying to avoid another and flipped down an embankment. At first it was thought he had broken his back, but things were far less serious and he was given the all clear a few days later.

Now, he has made medical history along with his doctor. He became the first patient in the world to undergo heart surgery involving injecting stem cells into the heart organ to repair damaged arteries and muscles. Dr Amit Patel, who developed the groundbreaking technique, wanted to find a way to intervene in the progression of heart failure before a patient advanced to the point of needing a heart transplant or device.  ‘It’s incredible. Imagine having a heart procedure that can potentially regenerate or rejuvenate your heart muscle – and it’s done as an outpatient procedure,’ said Patel.

Says Lively, “I moved to Utah because of the snow, but I haven’t been able to ski. I literally didn’t have the heart to do it. Now, I’m excited about living the rest of my life instead of sitting around.”

He has three grandchildren in Utah, and three more in California who keep him busy, and he’s pretty sure he’ll have more. With his daughter Blake and her husband Ryan Reynolds talking about having a big family, we’re pretty sure there will be more grandkids to come. We’re very happy to hear that Ernie is doing so well.