Egor Tarabasov is said to be the new man in the life of actress, Lindsay Lohan. Outlets report the new couple has been dating for a few months but Egor Tarabasov already has her family approval.

The 29-year-old actress, singer and model has been seeing the Russian born Egor Tarabasov, since before Christmas. Being Lindsay that we are talking about, Egor Tarabasov certainly, must not be your ordinary fella. So, who is Egor Tarabasov?

We learned from reports on Russian magazines, that Egor belongs to Russia’s wealthy elite and owns his own business. Egor Tarabasov is the son of a Russian oligarch, Dmitry Tarabasov –a millionaire who lives in Moscow and owns several companies, including rail freight and building materials stores.

Lohan, who’s been struggling with her career following repeated rehab stints, is actually older than her new beau. Tarabasov is 22 years old, which makes him seven-years her junior. 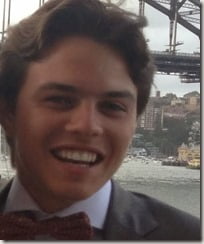 Tarabasov was born in Moscow, but he also has British citizenship. He resides in London, where he has been living for years.

According to his LinkedIn, Egor graduated from Cass Business School and also attended the Anglo-American School of Moscow.

Despite his young age, Tarabasov already owns his own business in the UK – London real estate agency Home House Estates. He is also one of the shareholders of Moscow’s Ivy Bank. 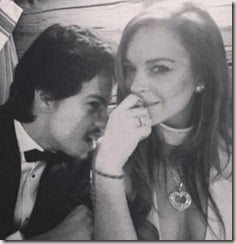 Accoridng to The Mirror, the couple first met last October through mutual friends, and they soon hit it off. They spent Christmas together. Since then, the young Egor Tarabasov  has been taking care of Lindsay, in all senses –and by that we mean, financially. Lohan is apparently bankrupt and Egor is far from being a poor dude. According to the Russian version of Hello! magazine, he has been paying for all of her expenses.

Egor Tarabasov and his actress gal have not waste any time. They’ve been traveling together all  over, social media photos of them during a trip to Switzerland can be seen on her Instagram page.

Things appear to be in the right direction for the new love birds, and Lindsay already dropped the L word, as in, “I love him.” She revealed her feeling for her younger lover after she captioned a photo on Instagram last week.

What are your thoughts on the couple?