Edgar Maddison Welch has been identified as the ‘craze’ fella who went inside a Washington, D.C. pizza place and disturbed dinners after he opened fire.

Authorities say Welch went inside the Comet Ping Pong restaurant in order to self-investigate the “PizzaGate” conspiracy theory –which got out of Wikileaks emails in November.

According to the conspiracy, leaders of the democratic party, belonged to a pedophilia ring operating out of the Comet Ping Pong pizza place.

Thought the theory has been debunked more than once, there still is people like Welch who felt the need to do some ‘self investigation.’

Luckily for Welch, no one was hurt, however he may still be in trouble with the law. The 28-year-old North Carolina native brought not one but two guns to the pizza joint and though employees and customers were able to flee, he ended up firing his gun.

A third gun was found in his vehicle, police said.

This is not the first time Edgar Maddison Welch behaves in a bizarre way. According to a report by WBTV, he hit a teenager with his car, sending him to the hospital by helicopter, last October.

Welch was not charged at the scene. Though he was driving within the permitted speed limit, the investigation into the incident is ongoing. 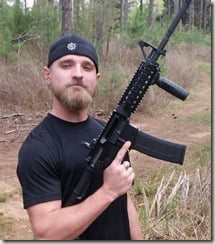 And that’s not all, according to court records, he was convicted in 2007 of driving after consuming alcohol while under 21. Also in 2013, he was convicted for driving under the influence which led to a sentence of 60 days in jail.

There is also a side to him you might not be expecting. Accoridng to an IMDb page with his name, he served as a production assistant on two independent films: “The Mill” and “A Tale About Bootlegging.” He also had an acting role in another film, “The Bleeding” in 2009.

His father’s name is Harry Welch Jr., –who is also credited in one his son’s film work. His dad, happens to be a former police officer, firearms instructor and expert witness on firearms. 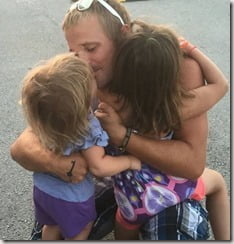 Accoridng to his social media info, he is a former T-47 Gunner pilot and member of the Locke Fire Department, a volunteer department in Salisbury –which could explain Edgar’s knowledge on firearms. He attended Cape Fear Community College graduating in 2007. He is also the father of two daughters and is listed as being in a relationship with Miranda Reed.

He claims to speak, Creole and American Signs Language.