Brianna Maphis is the girlfriend of actor, Chandler Riggs –who is known for his roles of Carl on The Walking Dead. The blonde and her boyfriend have been dating for a while now, keep reading to know Brianna Maphis’ biography.

Brianna’s hunky boyfriend was born June 27, 1999. The Georgia, Atlanta native is the son of Gina Ann and Williams Riggs. He is the older brother of Grayson Riggs.

Chandler made his acting debut in theater –in 2009, he played a munchkin in Atlanta’s Fox Theater production of The Wizard of Oz.

Riggs is best known for playing Carl Grimes on AMC’s horror drama, The Walking Dead –a roles he’s been playing since age 10.

Handsome Chandler had been busy filming the shows current season, but he is also hoping to make everything work as he will be attending Auburn in the fall.

Chandler has been in a relationship with girlfriend Brianna Maphis, since August 2015. Let’s get to know her better. 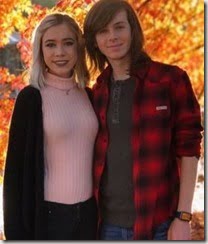 Brianna Maphis was born December 23, 1997. The 18-year-old is the oldest of three sisters. Her youngers sisters are Alexa and Ava. She currently lives in Orlando, Florida.

According to ask.fm, she graduated high school this June. Her best friend’s name is Haley –whom she has known since the first grade. 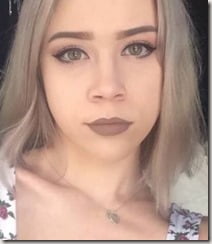 Maphis became known to the public as she and Riggs made their relationship public. You know, is like one of those things that happens when dating someone in showbiz.

The pretty gal is now described as a social media personality. Maphis might not be as famous as her actor beau just yet but she does have a solid following, specially on Instagram. However, it seems she is taking a break from the social media platform at the moment.

According to online info, Brianna Maphis is also behind the Tumblr blog page, ***** Euphoria. Maphis, who met Riggs while on a cruise ship –also has an affinity for acting. While in high school, she performed in a stage production of Alice in Wonderland.

Brianna’s relationship with Chandler seems to be pretty serious. His and her family have gone on family trips together in Orlando.

Any thoughts on the young lovebirds also known as Briandler?