Demi Burnett is one of the stunning women who signed up to find love on TV on season 23 of The Bachelor, starring former NFL player Colton Underwood.

Demi is a 23-year-old interior designer from Red Oak, Texas –which means she is a proud country gal. Demi grew up with her father and stepmother in rural Texas, she loves ATVing and fishing, she also happens to enjoy watching the WWE.

She attended Texas State University and was a member of the Zeta Tau Alpha sorority. Though it appears she hasn’t had much experience on the interior designer field, other sites describe her as an aspiring actress and model who has been cast in several television shows and commercials. 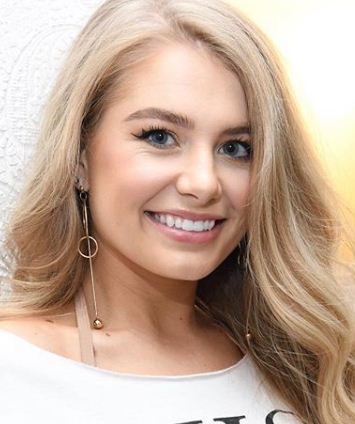 According to her ABC bio, one item on her bucket list is to be the first petite Victoria’s Secret Angel — with an entourage known as the “Demi Angels.”

Demi and her biological mother Tina Jean Jordan have a close relationship, however Jordan has had a number of issues with the law. During the filming of the show, Tina Jean Jordan was actually locked up, serving time for conspiracy to commit bank fraud.

She was sentenced to 18 months at FMC Carswell prison in Texas on July 24, 2017 and was released last November. According to Life & Style, she also served time back in 2007 for embezzlement, as well as a slew of other charges over the years, including violating her probation, committing grand theft, and committing forgery.

As the show continues, Demi has established herself as somewhat of the villain of the group, the fierce contestant is also not afraid to say she is after Colton’s virginity which makes the other women angry stirring up drama.

However, she is convinced she is the type of woman Colton needs. Thoughts?