Cassie Randolph is one of the 30 women who signed up for ABC’s season 23 of The Bachelor, starring the very handsome Colton Underwood.

Cassie is a blonde California native with ties to the acting world. Her younger sister, Michelle Randolph happens to be an actress who is in a relationship with Brit actor, Gregg Sulkin. She also has a younger brother, Landon.

Cassie according to her ABC bio happens to be an avid surfer. In addition to being a beach lover, she has also done skydiving.

Randolph who is currently pursuing a Master of Science in speech-language pathology at the University of Wisconsin-Eau Claire –hopes she can work with kids in the near future at her own private practice. According to her LinkedIn profile she earned her Bachelor of Science in communication sciences and disorders at Biola University in 2016.

But while her dreams of working with kids materialize she spends her days as an ESL substitute teacher at Huntington Beach Adult School, where she teaches adults English as their second language (ESL). 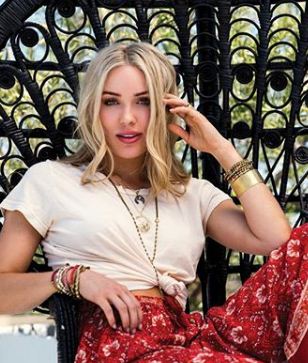 The blonde is not new to reality TV, it was recently reported that she also appeared on ‘Young Once’ –a TV show which “follows a diverse group of recent graduates from Christian college who are now navigating dating, marriage, debts, and career decisions against the backdrop of life in Southern California.”

In the show, the on and off relationship between Cassie and ex-boyfriend Caelan Tiongson is depicted. They dated all through college and in 2015 we filmed Young Once. They have both issued statement saying they filmed the show before she went in for The Bachelor. Caelan also admitted on his statement her decision to do The Bachelor was a decisive moment in his life to move forward.

Think Cassie Randolph and Colton could be a match? Check her out on Instagram here.