Danielle Bregoli is the teen girl who’s been banned for life from Spirit Airlines! The 13-year-old is said to have become violent while on flight from Los Angeles.

Danielle Ann Bregoli punched a fellow Spirit Airline passenger in the face, according to TMZ. The fight allegedly erupted after a passenger became impatient because Danielle’s mother was having trouble putting her luggage into the overhead bin.

The unidentified woman allegedly began insulting Danielle and her mother then put her hands in her throat in an attempt to stop her from fighting her daughter.

One thing led to another and the three women were escorted out of the flight.

Bregoli who has over 700K followers on Facebook , wrote after the incident:

This is not the first time Danielle Bregoli gets in trouble. In fact, she’s made a name for herself as a troublemaker. Bregoli is the girl who famously appeared on Dr. Phil and challenged her own mother Barbara Ann to, ‘cash me outside.’

What Bregoli really meant to say was ‘catch me outside’ in an act of rebellion. Instead with her funny ‘street’ accent she prompted the now famous meme ‘cash me outside.’ 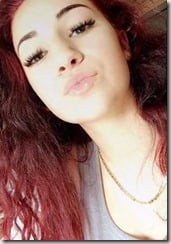 Back in December 2016, the daughter-mother duo appeared on an episode of Dr. Phil, after Barbara Ann claimed she no longer wanted to parent her 13-year-old, because she was out of control. 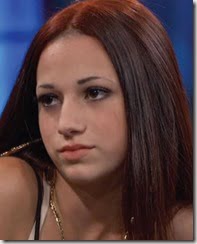 During the episode, Barbara Ann gave a number of reasons fro having given up on her daughter.

She revealed Danielle, had stolen cash and jewelry. She also said Danielle took her credit card to purchase a stripper pole. The worried mother also revealed her extremely provocative daughter had tested positive for Xanax.

Barbara also told Dr. Phil when her daughter gets mad she calls her names including bi**ch and hoe and likes to break things and write on the walls of their home.

Not being enough, Bregoli has also been in police custody up to five times and has ran away from home 10 times.