Angelina Mullins is the stunning dancer, model, actress wife of actor/dancer Colt Prattes. Her man is the guy who plays the iconic role of ‘Johnny Castle’ in the small-screen remake of ***** Dancing.

Angelina who is a New Jersey native has been married to Colt for a few years now. The two make an adorable couple and now that her man is getting major attention from his latest gig in the lead role of ***** Dancing, we thought you might like to know who his better half is.

But before we get to Angelina, let’s check out some interesting facts about her super buff, hunky hubby. Colt who was born August 28, 1986 began his career as a dancer before transitioning to acting. He started dancing in high school and attended the University of Cincinnati.

He has doen pretty good as dancer, appearing at the 2014 MTV Video Music Awards and music videos such as Pink’s “Try.”

He also performed in musical theatre productions like Rock of Ages. He also appeared in How to Succeed in Business Without Really Trying on Broadway, and in the tour of West Side Story.

Both Colt and his lovely wife are in the entertainment industry and are both huge fitness fans. 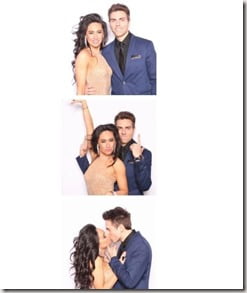 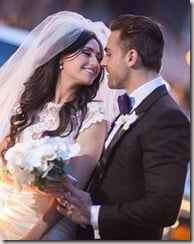 Angelina Mullins is an accomplished dancer and commercial model; did we mention she’s also a fitness model champ. She was crowned model America Champion. 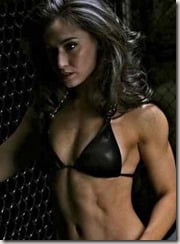 From 2012-2013 she appeared as a dancer of the NBC television show SMASH –where she worked with choreographer Joshua Bergasee.

She also performed in the 2009 Broadway revival of West Side Story. She’s also worked with the production of Saturday Night Fever, Fosse (the musical), Spamalot. The gorgeous brunette is currently on a US tour for the ensemble of Aladdin, the musical.