Abigail Breslin might only be 21, but the blonde actress/singer has been in the industry since before she learned how to talk.

The Scream Queens star has been acting since she was a toddler. Born Abigail Kathleen Breslin, on April 14, 1996 –she landed her first gig at age three, appearing on a TV commercial for Toys ‘R’ Us.

The daughter of Kim and Michael Breslin, then landed her first movie at age five, “Sings.” Abigail’s brothers, Spencer and Ryan –are also in the showbiz.

You may also recognize her from her other acting roles, ‘’Little Miss Sunshine” “No Reservations” “Nim’s Island” “Definitely Maybe” “My Sister’s Keeper” “Zombieland” “Rango.”

She received a Best supporting actress nomination from the Academy Awards for her role in Little Miss Sunshine –becoming the youngest actresses to be nominated for an Academy Award.

In September 2015, she began acting in the horror-comedy Scream Queens on Fox, in which she has her first regular role on a television series.

The blonde is currently wrapping up her most recent acting gig. She was casted in the epic role of ‘Baby’ in the small-screen remake of ***** Dancing.

At 21, Breslin knows what Hollywood is all about, she is an experienced actress with a string to movies to prove her talent. However, the pretty blonde has also had her fare share of heartbreak.

Her love life has probably been more turbulent than we imagine, earlier this year she reveled she was the victim of sexual assault by an ex-boyfriend –posting on Instagram

“I did not report my rape. I didn’t report it because of many reasons,” “First off, I was in complete shock and total denial. I didn’t want to view myself as a ‘victim,’ so I suppressed it and pretended that it never happened.”

Find below a list of the guys she’s dated. 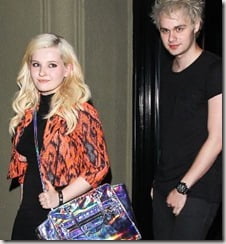 In 2013, the then teen was rumored to be in a relationship with Australian guitarist, Michael Clifford from 5 Seconds of Summer. 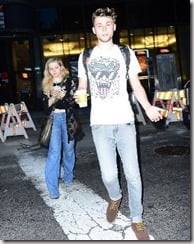 The English graphic designer and Breslin allegedly hooked up in 2014. 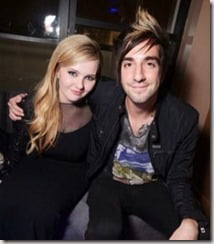 Between 2013 and 2014 rumors surfaced about the young actress dating musician, Jack Barakat, the lead guitarist and backing vocalist for the alternative band, All Time Low. 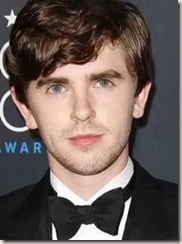 Most recently, she has been linked to English actor, Freddie Highmore from Bates Motel.