Tracy’s only son was found unresponsive at his home in Texas, the tragic news was confirmed by Tracy on social media. Clark Gable III leaves behind both his parents, a sister and a toddler daughter named Shore. He was engaged to be married.

Tracy Yarro who now goes by Tracy Scheff was married to John Clark Gable from 1984 until 1990. In addition to Clark Gable III, they also welcomed a daughter, Clark’s older sister Kayley Gable. 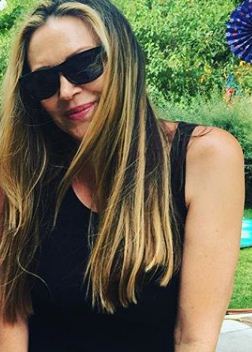 She gave birth to her son on September 20, 1988. Her son followed into his father and iconic grandfather footsteps appearing on TV, as a host and model. He was also an actor and entrepreneur –who created Clark Gable Spy Gear.

Clark who began modeling at age 5, modeled for all the top designers including Vogue, Prada, Seventeen, Disney and Convers. He studied at the New York Film Academy completing short films and music videos.

He was perhaps best known as the host of Cheaters. He spent many seasons and years hosting the hit reality television series which is internationally syndicated in over 120 countries.

Clark’s parents divorced after six-years of marriage. His mother, Tracy, remarried five years later. The blonde who worked in the past as a hairdresser married second and current husband, Jason Scheff in 1995. Her husband is a musician best known as the bassist of 80’s band, Chicago. Tracy and Jason Scheff are the parents of two children, Connor and JJ.

John Clark Gable also tied the knot for a second time to Alexandria Remlin Gable in 1999, however they also ended in divorce in 2002.