Chloe Dorsey made headlines a few days ago, after the Georgia native went out of her way to save a deer.

Dorsey who runs every morning, interrupted her routine to rescue a deer that got itself stuck in a fence at Georgia’s Stone Mountain Park. She did it a couple of times and recorded it and has dubbed herself ‘Save-A-Doe, Chlo’

Dorsey captured her good on video and she posted the event to her Instagram, where the viral video has been viewed tens of thousands of times. 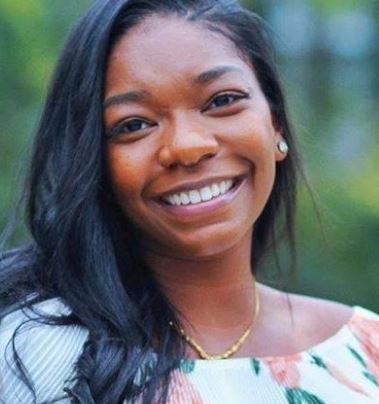 Chloe set up her cellphone and documented herself, she can clearly be seen bending the metal fence bars just enough to set the young doe free. However, as soon as she did it, the deer had again managed to get itself stuck prompting a frustated Chloe to exclaim on camera, “What is wrong with this girl here. You need to learn how to jump, boo.”
This second time Chloe tried the to again bend the bars as she is seen/heard grunting and straining to rip open the fence with no result. Instead Chloe had to jump over the fence and landed with enough force to help free the deer for the second time.

The Georgia native isn’t only a deer lover, she is an animal lover in general. She recently went on a trip to Bali where she got to go on a Safari and is pictured with an Elephant and an Orangutan.
According to her LinkedIn, Chloe Dorsey attended both Clark Atlanta University and Universidad Internacional Menendez Pelayo -where she studied International Business and Marketing.

Her resume includes Chloe working at United Auto Workers Global Organizing Institute, EMC and BP. She is currently listed as an IT Consultant at EY. She began working at EY in 2015 where she first served as a Solutions Test Analyst and was later named a Capital Edge Client Delivery & Success – Associate.
Chloe has also been a community volunteer for Books for Africa, a swim intructor at All Star Swim Academy and was at some point a life guard.