We have a juicy couple alert! We couldn’t be more excited to announce actress and America’s sweetheart Sandra Bullock has found love with new beau, Bryan Randall!

Media outlets report the 51-year-old and adoptive mother of one, was seen in what it seamed a romantic outing with her new hunk.

Us Weekly says Bullock shared a romantic dinner with Randall –who is a photographer and model –at West Hollywood hot spot Craig’s. Those who wait really get what they want huh!

It is not the first time they make an appearance together, they allegedly went as a couple to Jennifer Aniston’s wedding last month. The mag, says Randall and Sandra a couple of things in common, they are both good looking and are also single parents. Bryan Randall is the father of one daughter named, Skylar Staten. It also described them as very ‘affectionate.’

His FB page reveals Bryan Randall is originally from Portland, Oregon and resides in L.A. He attended Reynolds Junior – Senior High School in Greenville, Pennsylvania and works at bryanrandallphotography.

According to People, the couple met through mutual friends and have been dating for a number of months. 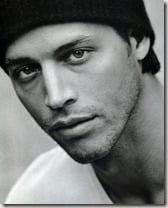 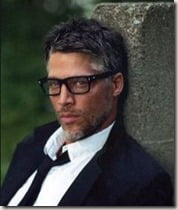 49-year-old Randall began his modeling career nearly two decades ago, he’s been photographed for Hugo Boss, Vogue Men, Saint Laurent and Harper’s Bazaar. He went from being a 90’s hunk model to an even hotter and current photographer.

It’s always a big deal when a celebrity is dating someone new, but Sandra’s relationship with Randall makes it much more of a big deal because she hasn’t been linked to anybody since she split from ex-hubby Jesse James. Sandra got cheated by Jesse and in a very public way, is not like she’s the first actress that’s cheated on but she clearly waited five years to date someone else! Randall must be something special!

Comments about the new couple?