Her husband, who was sworn in as the 42nd Governor of Illinois in 2015 –is making headlined after singing a controversial bill that will ensure abortion remains legal.

Bruce Vincent Rauner was born in Illinois and is a self-made businessman. He attended Dartmouth College and later earn an M.B.A. from Harvard.

Back in Illinois, Bruce helped Golder, Thoma, Cressey (later GTCR) –become one of the most successful and respected businesses in Illinois. He is also a big supporter of education, the YMCA, local hospitals and community organizations. Reason why in 2013, he won the primary election with 40% of the votes. On November 4, 2014, Rauner was elected Governor of Illinois. He spent over $20 million of his own money on his election.

Throughout the whole process, Bruce received the support of his lovely wife, Diana Rauner. 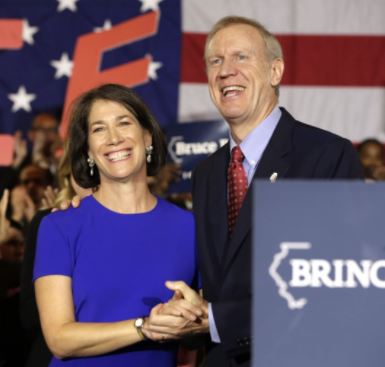 In fact, even though she is a Democrat, she appeared in a TV ad for her hubby saying:

“I’m a lifelong Democrat, but enough is enough and the Democratic politicians in Springfield have got to be controlled and I know that is what my husband will do as governor.” 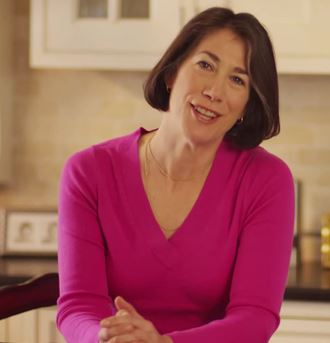 Diana and her hubby have devoted a tremendous amount of their personal time and resources to improving education throughout the state.

The couple are the proud parents of six children, two sons and four daughters. The smiley political spouse previously worked in the non-profit sector.

Diana Rauner was born Diana Elizabeth Mendley; she was known as the “face and voice for the Ounce of Prevention Fund.” The wife and mom of six was raised in a Reform Jewish home in New York. She is a Yale graduate –where she was also known for her fencing skills. Despite being the busy mom of six, Diana Rauner also holds a MBA from Stanford University and a PhD in development psychology from the University of Chicago.

She currently serves as the president of the Ounce of Prevention Fund, a public-private partnership that prepares children for success in school and in life.