Brittany Kerr is the second and current wife of country singer Jason Aldean. The couple who began officially dating in 2014, were married on March 21, 2015.

Earlier this year, the two announced they are expecting a baby boy. Kerr is currently pregnant with the couple’s first child. 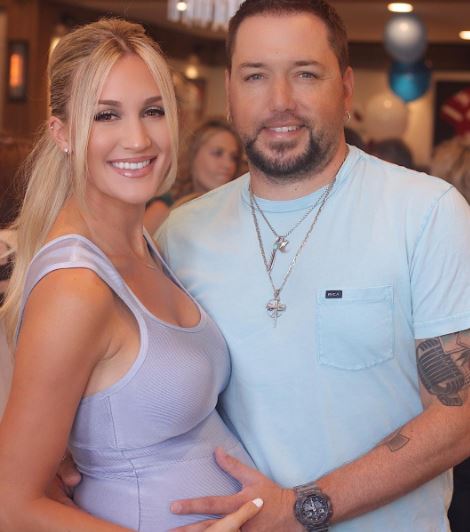 The blonde was born in 1988, meaning the North Carolina native is Aldean’s 11-year-junior. Her man who was previously married, is the father of two children, daughters Keely and Kendyl. He and first wife Jessica Ann Ussery were married from 2001 until Kerr cross his path in 2012. He and Ussery divorced in 2013.

Though Kerr and Aldean are now a married couple, expecting their first child together, they sure began their story in an scandalous way. 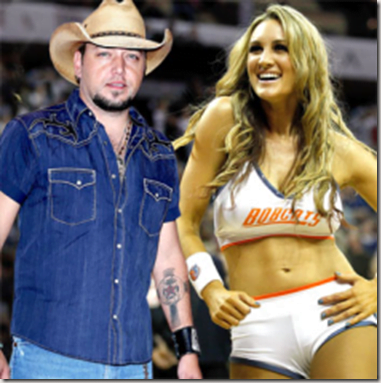 Meet  26-year-old saucy singer Brittany Kerr, she is a former American Idol Season 11 contestant, back in 2012 the part-time stunning model and dancer made a clear impact on both the judges and the rest of the country. She quickly won over Steven and Randy with her rendition of Joss Stone’s “Spoiled.”

The saucy singer made it to Hollywood week but was cut during the final round of auditions. Right before she appeared on Idol, she stripped down to her bikini for a Lady Cats calendar shoot. 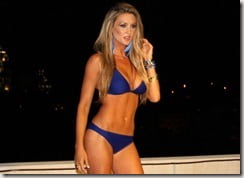 Since getting the boot from American Idol, Brittany’s name has become a hot topic due to her reported fling with married country singer Jason Aldean. The two were spotted at The Den bar in Hollywood getting cozy and kissing. They both apologized and at the time she said, she had no idea Jason was married. 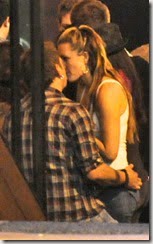 But it turns out Aldean and Kerr fling might have evolved into something much more serious!

We all heard, Aldean filed for divorce last May and according to TMZ reports; Brittany Kerr was

Brittany Kerr auditioned for American Idol Season 11 in Savannah, GA. Beyond her brief flirtation with reality TV stardom, Brittany is reportedly a dancer for the Charlotte Bobcats, according to her Twitter feed. Since the cheating scandal, her man’s fans were so outraged at the incident that a flood of abusive tweets caused Brittany to shut down her account temporarily and instead adopting a low public profile.

Kerr who used to cheer for the for NBA’s Charlotte Bobcats, has revealed on her website that modeling is her secret passion, she writes

“In 2010 I entered a Victoria’s Secret Model Search contest and I placed in the top 80!”

The Carrie Underwood fan and look-alike majored in Human Environmental Science and is a first degree black belt. Her hobbies according to her LadyCats profile, include taking pictures, decorating, singing, playing with her English Bulldog.

On the recent mass shooting at her hubby’s Mandalay Bay concert in Las Vegas, the mom-to-be posted on Instagram

“We are safe… our angels were definitely watching over us tonight. No words for what happened… Just horrific. Praying for everyone💔”