Scott Rigsby is the new man in the life of actress, TV personality, model and cancer survivor, Brooke Burke.

The two were recently spotted with friends at the brand new Nobu Hotel Los Cabos and looking very into each other.
Brooke who is also known for having hosted several seasons of Dancing with the Stars; married David Charvet in 2011 and divorced him only last year after 12 years together. With David, she has a daughter named Heaven and a son named Shaya. She also has two daughters, Neriah and Sierra, from her first marriage to plastic surgeon Garth Fisher -whom she divorced in 2005 following four years of marriage.

Her new man has been identified as Scott Rigsby, the hunky new guy is a real estate agent. Scott who is in his 40’s first sparked romance rumors with Brooke after being spotted at Little Beach House Malibu in California in August. 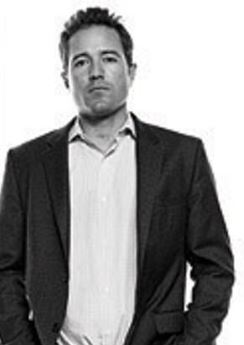 Rigsby who like Brooke, was previously married, recently settled a nasty divorce. According to Radar -the silverfox has to pay his former wife, interior designer Heather LaCombe, $400k in the settlement and $8,500 in monthly child support. LaCombe even filed at one point a domestic violence restraining order against him. In detailed court papers, she claimed Rigsby verbally and emotionally abused her during their marriage while the children were in their home and within earshot.
Scott Rigsby and his former wife share two young children. The ex-couple share legal and joint custody of their daughter and son.

Scott Rigsby is a founding partner at the Santa Monica-based real estate service firm Industry Partners, and according to his bio on the site, has closed $2.5 billion dollars worth of deals for clients such as Disney, Dreamworks and 20th Century Fox.
According to his LinkedIn, he holds a Bachelor’s Degree Accounting and Finance from University of Arizona. He’s been a partner at Industry Partners since 2010. 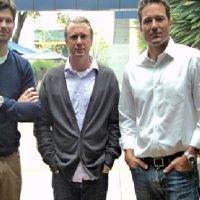 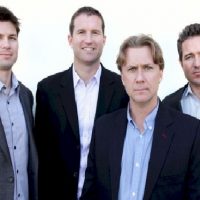 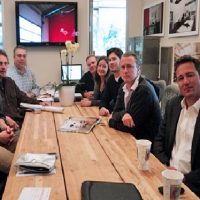 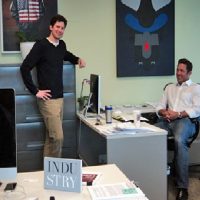 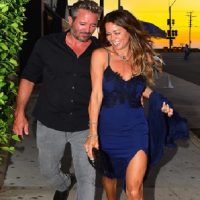 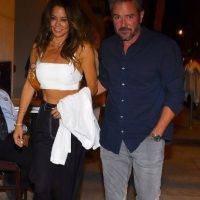 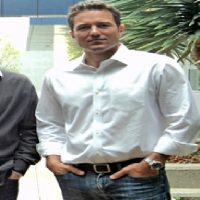