Opal Stone Perlman and her famous husband are apparently done with each other. According to reports the two have been separated since May and Ron filed for divorce this week.
Earlier this year, the StartUp actor was caught kissing his co-star Allison Dunbar outside of the Alexander Steakhouse in Pasadena, California.

Born April 13, 1950; the New Yorker studied theater arts at the University of Minnesota and graduated in 1973.
After being bullied as a child, Ron decided to take his looks to Hollywood in pursuit of an acting career and he’s done quite good since.
He won an Golden Globe Award for his portrayal of Vincent in the series, Beauty and the Beast.

The actor is perhaps best known for playing a menacing demon in Hellboy, and for playing Biker Clay in FX’s Sons of Anarchy. He gained additional fame by playing Mr. Kellerman in Charmed and Hannibal Chau in Pacific Rim. He also voiced the character Stabbington Brother in the 2010 Disney feature Tangled. 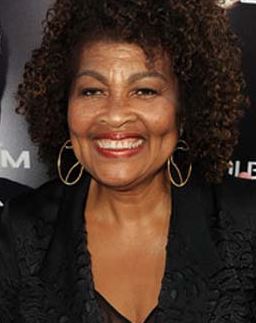 He and wife, Opal Perlman have been together for nearly four decades. The two tied the knot on Valentines day of 1981.
During their marriage the couple welcomed two children, now adults; 35-year-old Blake Amanda Perlman and 29-year-old son, Brandon Avery Perlman. Brandon who produces electronic music also goes by Delroy Edward.

Opal Perlman who is of Jamaican descent, was born Opal Stone in Montego Bay. Opal spent her childhood on her mother’s shop and developed an interest in fashion at an early age. Her mom was a dressmaker.
Opal Stone moved to the US in her teens and attended high school in New York. She later dropped out of college to pursue her true calling and eventually enrolled at the Parsons School for Design.

In addition to being her husband’s wife she is know for being a prominent jewelry designer. Opal is not only into jewelry design but also has a handbag line under her belt.
Her creations sell under Opal Stone Fine Jewelry where she offers accessories like earrings, rings, and bangles made of fine gold, precious stone, and highly qualified materials. The store is located in Beverly Hills, California. Her exclusive designed exotic skins hand bags are also available on her store.
She previously worked privately as a couturier in Los Angeles.