Owen and 19-year-old Ava have been dating for a while and recently went Instagram official.

Ava’s parents met at her mother’s 21st birthday party and the two got engaged just over a year later in Dec. 1998. They married the next June and welcomed Ava in Sept., while younger brother Deacon joined them in 2003. The two later split in Oct. 2006.

Her famous mom remarried and is now the wife of Hollywood talent agent Jim Toth since 2011. The couple welcomed son Tennessee in Sept. 2012.

Ava who is the spit image of her mother received a whole lot of comments on her boyfriends looks and they’re not especially positive. After sharing a photo with her man, users were quick to point out the physical similarities between Ava’s boyfriend and her father, Ryan Phillippe. 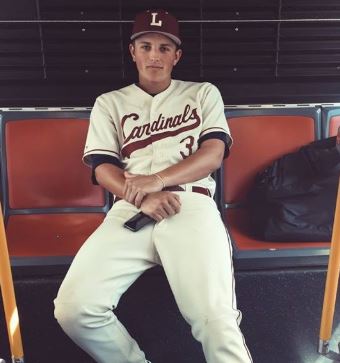 The two met in college, they recently finished their freshman year at University of California, Berkeley. Less than a week before Ava made her relationship Instagram official, she was spotted packing on the PDA at the beach with Mahoney.

According to social media, the handsome Owen Mahoney is originally from San Francisco and believe it or not he is an athlete. He attended Lowell High School where he played varsity baseball for years and was even team’s captain.

While at Lowell, he was named SF Chronicle Regional Player of the Year 2018; San Francisco Student Athlete of the Year, 2018 ‘Player of the Year’ California Interscholastic Federation, SF Section, Academic Athletic Association 2017, 2017 and the only player in SF history to win 4 championships, 2 player of the years and 4 First Team all Leagues.

According to his LinkedIn, he is a Pre-Haas, Data Science at Berkley class of 2022. He is currently a Growth Intern at Foresight. He was previously a sales assistant at Guerra’s Quality Meats.