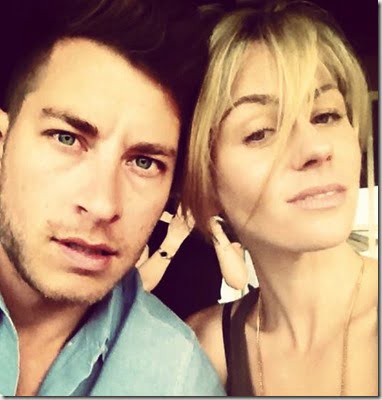 Product manager Ashley Arenson lost her boyfriend, Google Exec., and adventure activist Dan Fredinburg. Her boyfriend died in the Mount Everest avalanche triggered by the quake, it was Dan’s third trip to the peak.

Dan lost his life Saturday while hiking Mt. Everest, the 33-year-old sustained a major head injury when his climbing team was caught in an avalanche caused by the powerful 7.8-magnitude earthquake in Nepal that killed thousands across the country. He’s been described as an adventurer, someone who lived life to the fullest. Media outlets spoke to Arenson and she spoke wonderfully about him, saying he was just “magical” she told CNNMoney “He had this way of making the people around him just feel special without even trying, and make people feel like they could accomplish anything they wanted,” According to her LinkedIn, the pretty blonde attended Phillips Exeter Academy graduating in 2003, she holds a BA, Liberal Arts, Economics from Villanova University. She is currently a product manager at MediaMath. Ashley was also a Director of Integration and Innovation for @barackobama on @obama2012.

You can check out a page in honor of Ashley’s boyfriend titles Celebrating Dan here.

We send Dan’s family and friends our deepest condolences. You can find Ashley on Twitter here, Instagram here.