Jan Elizabeth Acosta is the lovely wife of attorney and politician, Alexander Acosta -who most recently served as Secretary of Labor.

Jan’s husband served in the top role until 2019, when he was forced to resigning due to his involvement in disgraced Jeffrey Epstein’s case, which ultimately left the financier off the hook.

By his side, has been his wife of many years, Jan Elizabeth Acosta; want to know more about her? Of course you do, keep reading to find out details about the couple and their life together.

Alexander Acosta attended Gulliver Preparatory School in Miami and skipped his senior year to attend Harvard University, from which he graduated in 1990. He received his law degree from Harvard Law School in 1994.

After graduating from law school, he clerked for Supreme Court Justice Samuel Alito when he was a judge on the U.S. Court of Appeals for the 3rd Circuit.
Acosta also served as the dean of the Florida International University College of Law. He has served in three presidentially appointed positions. His previous Senate-confirmed positions include: National Labor Relations Board member, assistant attorney general and U.S. Attorney for the Southern District of Florida.
In addition to his successful career he’s also been named one of the nation’s 50 most influential Hispanics by Hispanic Business magazine, and was also added to the list of 100 most influential individuals in business ethics in 2008, according to his White House biography.

Acosta came under scrutiny in mid 2019, following Epstein’s arrest on *** trafficking charges; facing harsh questioning over the handling of the case over a decade ago. Acosta was then criticized for negotiating a light sentence for Epstein in 2008, when he pleaded guilty to prostitution charges. 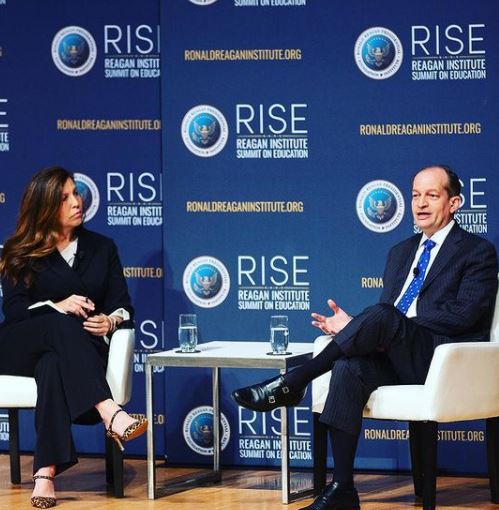 He had been a federal prosecutor in Florida more than a decade ago when he offered Epstein a deal that allowed the disgraced financier to avoid a potential life sentence and instead serve a year in prison. Epstein was even able to serve most of that sentence from his office in Palm Beach.
The deal ended the FBI investigation into whether there were more victims than the 36 cited in court documents or if more people took part in the alleged scheme.
Acosta defended the deal, telling lawmakers that it required Epstein to register as a *** offender and go to prison.
He later tweeted that he supported the new investigation and again defended his role handling the original case.

He announced his resignation as the 27th labor secretary in July of 2019, amid questioning about his handling of the Epstein case when Mr. Acosta was a federal prosecutor in Florida back in 2008.

Trump, who announced the resignation, said Mr. Acosta had called him to tell the president he planned to step down. Mr. Acosta’s decision came only two days after he held a news conference to defend his handling of the 2008 *** crimes prosecution of Mr. Epstein while trying to quell Democratic calls for his resignation and convincing Mr. Trump he was strong enough to survive.

“He felt the constant drumbeat of press about a prosecution which took place under his watch more than 12 years ago was bad for the Administration, which he so strongly believes in, and he graciously tendered his resignation,”

What nationality is Alexander Acosta?

Rene Alexander Acosta was born in Miami on Jan. 16, 1969. He is the only child of Rene and Delia Acosta. Both his parents are of Latino origin, having been born in Cuba and later becoming Cuban refugees after arriving to the US.

He is the first Hispanic to hold the rank of assistant attorney general for civil rights.

Who did Acosta serve under? 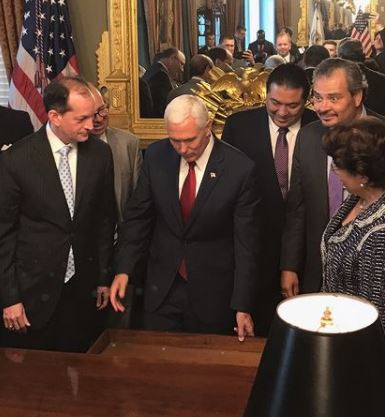 The former president nominated Acosta to become Labor Secretary on February 2017. He was subsequently confirmed by the Senate on April 27, 2017.
He served in the role from 2017 until his decision to step down in 2019.

His assets include basic investment and retirement accounts.

Who is the current labor secretary?

Mr. Acosta’s deputy, Patrick Pizzella, was named to serve as acting secretary of labor following Acosta’s resignation. Pizzella held the position until Trump’s permanent pick, Eugene Scalia was confirmed by the Senate.
Scalia then held the role from September 2019 until January 20, 2021.

President-Elect Biden nominated Boston Mayor Marty Walsh as his nominee for Secretary of Labor. Al Stuart is currently serving as the acting secretary of Labor until Walsh is confirmed by the Senate. 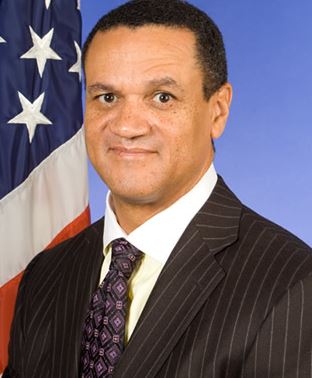 Who is Alex Acosta married to?

Acosta, of Cuban ancestry, has been happily married to wife Jan Elizabeth Acosta, for years. Jan Elizabeth Acosta was born Jan Elizabeth Williams; the political spouse who is currently in her 40’s, leads a low profile, not much is known about her as it is clear she rather let her husband in the spotlight. Jan Elizabeth also keeps busy caring for the couple’s two children. 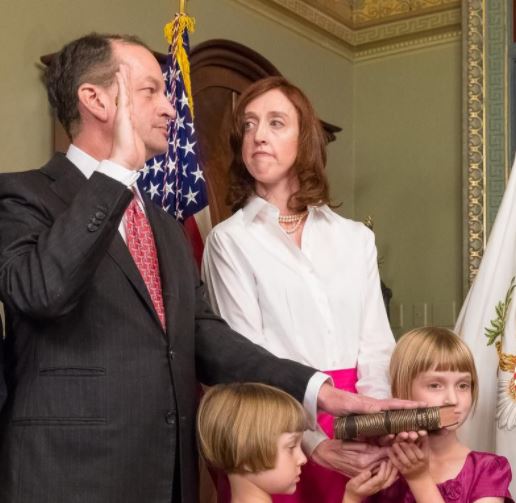 Jan Elizabeth Acosta and the couple’s daughters were with him when Acosta accepted the presidential commission and become the 27th labor secretary.

Where do Alex Acosta and Jan Elizabeth Acosta live?

Jan Elizabeth Acosta and her family are residents of Miami.

What is Jim Acosta’s real name? 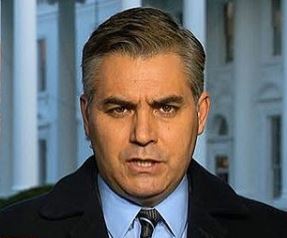 While doing his job in covering the news about the former Secretary defending his role in Epstein’s case, it became a bit strange to make the difference between the two Acostas.

That said, Jim Acosta was born Abilio James Acosta on April 17, 1971. The Washington native is also a son of Cuban refugees. Another coincidence he shares with Alex Acosta.