Jen Psaki is known by now as the new White House press secretary, serving under the Biden administration.

Psaki is married to Gregory Mecher, who is in the same line of work as a Democratic political aide. Her husband has worked for the party for many years.

As White House press secretary, Jen Psaki; she is part of the first-ever all-female communications team in US history.
She deals with the press pool on a daily basis, so she’s definitely a familiar face, one everyone is wanting to get to know better, as well as her husband.
Here we’ll tell you everything you need to know about the married duo, Jen Psaki and Gregory Mecher.

Jen Psaki’s husband is Gregory Mecher. The two have been married for years now. The couple first met around 2006 and were married after a few years of dating. 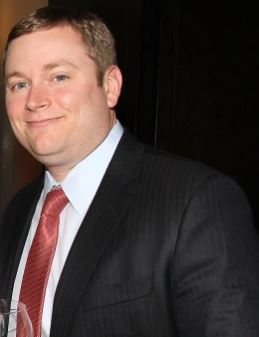 The couple tied the knot around 2010, meaning they have now been husband and wife for over a decade.
The couple was a match made in heaven since they not only share a home but also came to be due to their mutual interest in politics.

Where did Gregory Mecher grew up?

Metcher was born Gregory Matthew Mecher in 1976 in southern Ohio. He attended Elder High School growing up, an all-boys Catholic prep school in Cincinnati.
His mother taught 4th grade at a Catholic elementary school in Cincinnati; while his father worked as a mechanical engineer in Hebron, Kentucky.

Gregory Mecher is a Democratic political aide.
He went on to attend Northern Kentucky University, where he earned a bachelor’s degree in communications and television production, graduating in 1999.

He began his political career as a student, serving as the “student representative to the Board of Regents” before securing an internship with Kentucky Congressman Ken Lucas. Mecher has told that the internship solidified his desire to pursue a career in politics and that he has worked in Washington, D.C., ever since.

Where Do Jen Psaki and Gregory Mecher meet?

He first met Ms Psaki in 2006 when the pair were were both working with the Democratic Congressional Campaign Committee. 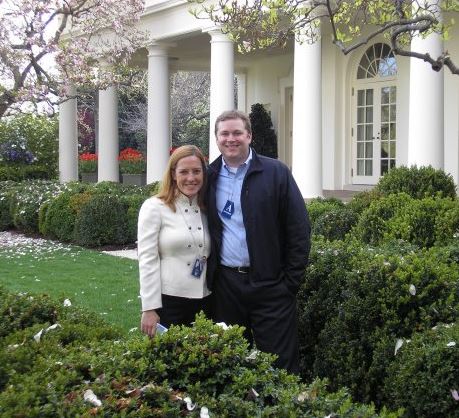 Apparently, the first time they ever spoke, she actually gave him the wrong directions over the phone to a political event in 2006. However, Mecher who was the least bit upset over the mishap, instantly forgave Jen Psaki because he found her attractive after he met her in person.

“Whenever I would do it, she had the headset on, talking on the phone, the BlackBerry she was typing on and the actual computer in front of her where she was talking to someone else,” “So there was no way to accidentally get her attention.”

At the end, he worked up the courage and asked her out, over email, for dinner in September 2006. The two hit it off and they began dating. During their courtship, the two kept a long-distance relationship since Psaki had to move to Chicago to work for the Obama presidential campaign in early 2007. However, they never considered ending their relationship since they both knew the campaign would eventually end. By 2008, they had moved in together and Mecher popped the question a few months later.
Four years after they had began dating, they finally walked down the isle in May of 2010.

At the time of their nuptials, Jen Psaki was working as the White House deputy communications director. Gregory Mecher worked on Capitol Hill. He was the chief of staff for Democratic Representative Steve Driehaus of Ohio.

Do Jen Psaki and Gregory Mecher have any children?

Since being married, Jen Psaki and Gregory Mecher have become proud parents to two children. 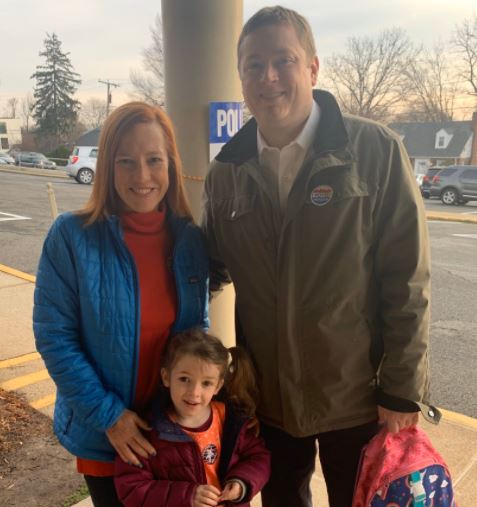 The family of four lives in Virginia after relocating from Washington.

Jen Psaki a native of Stamford, Connecticut; began her career in Democratic politics in Iowa shortly after graduating from the College of William & Mary, where she was on the swim team and in a sorority.
She worked on reelection campaigns for former Iowa Sen. Tom Harkin and former Gov. Tom Vilsack’s before making her way into presidential politics on John Kerry’s 2004 team.
She joined former President Barack Obama’s first campaign in 2008, serving as his traveling press secretary, and then worked on his White House communications team as deputy press secretary and deputy communications director. 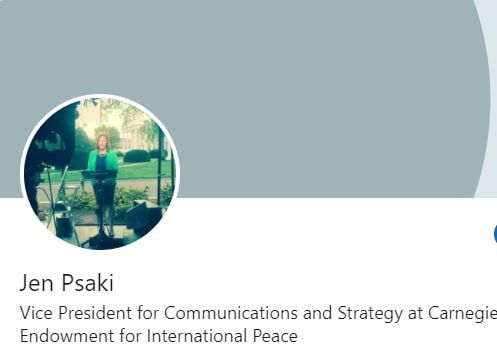 After a brief stint at a Washington, DC, political consulting firm, Psaki became the spokesperson for the State Department in 2012. She made her way back to the White House in 2015 as Obama’s communications director.
After leaving the White House in 2017, she has been seen as a political commentator on CNN and has additionally participated on the fellow program at Georgetown University.

At 42, Jen Psaki is a veteran Democratic spokesperson. The veteran political communicator has experience at the White House and State Department.

She said on Twitter after being chosen by Biden

“Honored to work again for @JoeBiden, a man I worked on behalf of during the Obama-Biden Admin as he helped lead economic recovery, rebuilt our relationships with partners (turns out good practice) and injected empathy and humanity into nearly every meeting I sat in,”

Online sources say Jen Psaki is of Irish, Greek and Polish descent with her Greek roots in Messinia through her father James R. Psaki.

Around 2013, Jen Psaki and her husband Gregory Mecher, bought a three-bedroom townhouse near Georgetown University for $865k. The Washington Post reported the couple sold the townhouse in March 2019 for $919,000.

According to property records Mecher and Psaki bought their current home, which was built in 2018, for $1.638 million. According to Redfin, their house has six bedrooms, 5.5 bathrooms and more than 4,500 square feet of living space.

According to online sources, her net worth is around the $500k mark; this result of her success in serving various top political positions.

Just to freshen up your memory, the Trump administration went through four White House press secretaries. 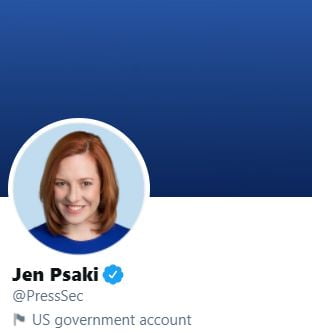 During his controversial four years as president Trump named four different people to the top job.
We have Sean Spicer who started off combatively, lying about the size of the crowd at the Trump inauguration and then yelling at the reporters for questioning him. He lasted six months, though not before he was memorably portrayed by Melissa McCarthy on Saturday Night Live.

Next up is Sarah Huckabee Sanders, who once went 94 days without holding a press briefing. She lasted 23 months.

Her successor, Stephanie Grisham, never held a single press briefing in her nine months on the job.

And when McEnany held her first briefing on May 1, 2020, she began by saying, “I would never lie to you—you have my word on that.” And we all know how that went.