Patrick Garrison is the brother of actor Rob Garrison -best known from The Karate Kid movies.

Patrick’s brother sadly died over the weekend. The actor best known for his role in The Karate Kid and its sequel, passed while at a hospital in West Virginia.
Garrison is said to have been in a hospital for a month suffering from kidney and liver problems. He was 59.
Robert Scott Garrison was born in Wheeling, West Virginia. He began as a child actor in the late ’70s before landing a big role in the hit 1984 karate movie starring Ralph Macchio.

Garrison played Tommy in the first film and “The Karate Kid Part II” he’s the Cobra Kai member who famously yells, “Get him a body bag! Yeah!”
He would go on to play small roles on TV shows like “MacGyver,” “Columbo” and “Coach” before leaving the acting biz for years. However, he returned as Tommy for the YouTube TV series “Cobra Kai” this year.
In addition to working on screen, Garrison worked as writer on the TV series, The Littlest Hobo, and loved to perform in local theater productions. In 2015, he played “Scrooge” in Charles Dickens’ A Christmas Carol at the Strand Theatre in West Virginia. 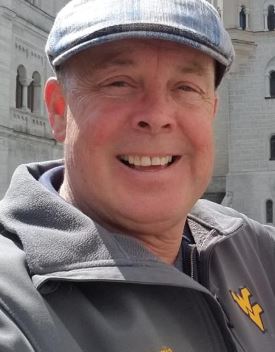 Rob is survived by his brother, Patrick who goes by Pat Garrison -who confirmed his brother’s death to media saying

“My brother was a fun-loving guy. He enjoyed people and he enjoyed life. He liked to have fun and make people laugh up until the very end. He will definitely be missed.”

Pat Garrison was an officer in the United States Navy and is currently retired. He is married to Linda Barbe Garrison. Together they have two adult daughters, Megan and Kayla.

According to his social media, Pat is also from Wheeling, West Virginia; he attended Warwood High School and is currently a resident of Chesapeake, Virginia.