Janet’s veteran actor husband is said to have passed due to complications from COVID-19. He was 69-years-old.

The New Jersey-born actor, got his start on the stage in the 1970s before pivoting to film and television, starting with a role in the 1983 film ‘Lovesick’ followed by a turn on ‘St. Elsewhere’ in 1984.
A University of Pennsylvania graduate, he’s well known for having starred in the films ‘Desperately Seeking Susan’ -opposite Madonna, and ‘Crocodile Dundee.’
Some of his other film credits include ‘Shattered Glass,’ ‘Step Up 3D’ and most recently ‘Coin Heist.’
Blum appeared on a string of TV series, including ‘NYPD Blue,’ ‘The Sopranos’ and ‘The West Wing.’

Blum was also a fixture of the New York theater community. He won an Obie Award for his performance in the Playwrights Horizons production ‘Gus and Al.’ He’s also appeared on Broadway ‘Lost in Yonkers,’ ‘The Best Man’ and others.
Blum had a substantive role as Union Bob on the Amazon series ‘Mozart in the Jungle,’ and he most recently starred in four episodes of the Netflix crime drama ‘You’ 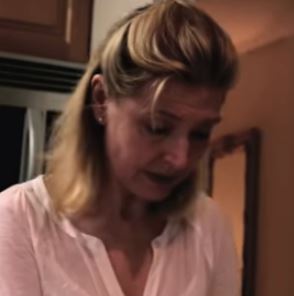 Blum leaves behind his wife and fellow actor, Janet Zarish.

Janet Zarish was born April 21, 1954; the Chicago native was raised in Deerfield, Illinois, where she graduated from Deerfield High School in 1972. She later attended Julliard in New York.

During her acting years, Janet Zarish had a number of roles guest starring in over 20 TV shows such as Seinfeld. Her film credits include The Next Best Thing, Object of My Affection, Malcolm X, Danny, Mystic Pizza, Without a Trace, and Square Root of Three. She has also performed on and Off-Broadway.

In addition to acting, she is an arts professor and academic director. She has taught acting at The New York Shakespeare Festival, The Actors Center, The Manhattan School of Music, UCLA, USC, and North Carolina School of the Arts.
Since 2005, she has served as the Head of Acting in the Graduate Acting Program at the Tisch School of the Arts, New York University, New York, New York.