Abbey Kopf has been identified, by local TV stations, as one of two injured during the seven-hour shooting 45-year-old Uber driver, Jason Brian Dalton randomly held on Saturday in Kalamazoo, Michigan.

The teen was rushed to a hospital and remained in critical condition. Abbey Kopf was declared brain dead by her doctors over the weekend.

Reports on Monday said in a miraculous turn of events, right when she was being prepared for her organs to be removed, she suddenly began to show sings of life.

According to the NY Post, Abbey Kopf –who is being cared at Bronson Methodist Hospital –squeezed her mother’s hand, just in time before her organs were harvested for donation.

According to the reports, Abbey Kopf not only squeezed her mom’s hand but also gave a thumbs up sing with both hands when asked by her doctors, if she was able to hear them.

The family of Abbey Kopf released a statement saying

“Our daughter’s prognosis is uncertain as she continues fighting for her life.”

Abbey Kopf was taken to the OR to treat her injuries. 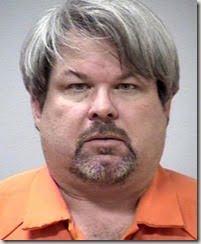 Also on Monday, the shooter was arraigned and was ordered held without bail on six counts of murder, two counts of attempted murder and eight weapons counts.

Dalton who, has no way of escaping life in jail, picked up and dropped off passengers for Uber in between bursts of gunfire Saturday night, killing six in total.

Dalton first tried to gunned down a woman who was at an apartment complex building right in front of her children. The woman is expected to survive. A few hours later he opened fire against Richard and Tyler Smith who were at the Seelye Kia of Kalamazoo dealership. Minutes later he drove to the parking lot of the Cracker Barrel, killing four women. According to police, he had 14 fares from the time he started Uber, which was Thursday.

None of the victims are related to Dalton and his motive for the shooting rampage is still not clear.