Meaghan Oppenheimer is the new wife of actor, Tom Ellis -the two tied the knot over the weekend.

Meaghan’s hubby is mostly recognized for playing the title character of Lucifer in Fox’s “Lucifer”. Born Thomas John Ellis on November 17, 1978; he studied drama at the Royal Conservatoire of Scotland.

The Welsh actor got his start in the industry in the early 2000’s. He landed his first movie role in 2001. Since then he’s done both films and television. He has received acclaim and popularity for his role in the British T.V show – Miranda, where he acts as the love interest of the main character. He previously appeared on the show, Nice Guy Eddie.

Other credits for Tom include, EastEnders, Doctor Who, One Upon a Time and Rush.

He was previously married to actress, Tamzin Outhwaite. The two divorced in 2014 after eight years of marriage. That makes the stunning Meaghan Oppenheimer, his second wife. The two met in 2015 and became engaged in 2018. 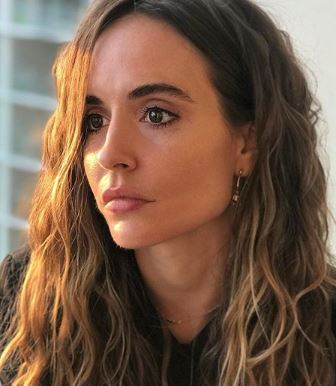 Producer and writer Meaghan Oppenheimer and Tom tied the knot on June 2nd.

33-year-old Meaghan is well known for her work as a screenwriter. She was born March 28, 1986; the Tulsa, Oklahoma native attended NYU’s Tisch School of the Arts.

She got her start working in a number of regional theatre productions and television shows. She later made the move to Los Angeles to pursue better opportunities. Some of her work includes, We Are Your Friends, Hot Mess and episode four of Fear the Walking Dead.

The couple both are big supporter of Planned Parenthood and even asked donations as wedding gifts.

Meaghan Oppenheimer instantly gains three stepchildren from her now hubby. From his first marriage Tom and Tamzin share two daughters, Florence and Marnie; and he also has a daughter from a previous relationship, Nora.