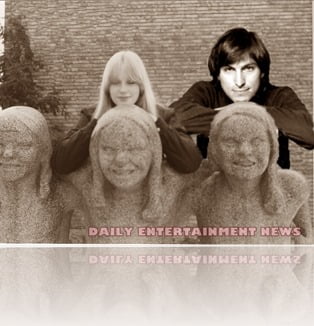 Before Steve Jobs proposed to his wife Laurene Powell Jobs, he was deeply in love with his ex-girlfriend Tina Redse, in Issacson’s book he describes how Jobs had doubts about his feelings for Redse and even ask for advice about who was prettier Tina or Laurene, want to know more about this woman?

We all know that the role of Tina Redse in Steve Jobs life was very important, he met her in 1985, he was struck by the blonde, leggy Tina, who was working for People’s Computer Company she was at the time living with her boyfriend in her Palo Alto apartment, and turned down Steve’s advances, but when that went down the drain, she moved in with Jobs at his Woodside home.

Their relationship was according to the people working at Apple filled with public display of their romance and fights, when he was fired from Apple Tina went on a trip with him to Europe but it was while they were in Paris that Tina realized she wanted to stay in Paris much longer if not forever, something that wasn’t in Steve’s plans whatsoever. When she asked him to stay there, he turned her down. about their future in that romantic city.

When they returned to Woodside, Tina would escape to her old apartment, she usually felt hurt by Steve’s lack of commitment towards her and their relationship.

Even so they  stayed together for 4 years and in 1989 he proposed, but Tina who grew up in an unstable household saw too many similarities in her relationship with Steve, marrying him would have been a total disaster, she would live the life she was so eager to escaped from when she was growing up, she couldn’t do that to herself.

After their split Tina or Christina thought she would like to help people suffering from a mental illnes, her  had a mental illness, and so Mrs. Redse helped to create the OpenMind Mental Health Resource Center in November 1989, Tina who was now married went by Christina Redse Stefanek and along Rev. Ruth Kirk, Linder Allen, Don Yates, Ph.D, Penny Howe Gallo and Vincent A. Moley served in OpenMind’s board of directors. Tina supported other organizations like Survivor Project and CP Academy, the Alliance of Parents and Teachers at The Oakland School for The Arts and Donors Choose, What If Foundation.

Tina had two children with her husband who I think is Gregory Stefanek a San Francisco Software engineer who graduated from Stanford and the University of California, Berkeley.

OpenMind was closed for business in September 1993.

Time went on  and when Steve Jobs was with Laurene Powell, the memory of Tina Redse hunted him and when he was already engaged to Powell, he had doubts about his feelings for Tina. According sources close to Jobs he  frequently asked people who was prettier Laurene or Tina? Who they like the most? and even who they thought he should marry?

Tina reconnected with Steve but it was until she found out about his health and she offered him her friendship and support. It was around 2010 that Tina  send him an email, where she talked about  their time in Paris..

“We were on a bridge in Paris in the summer of 1985. It was overcast. We leaned against the smooth stone rail and stared at the green water rolling on below. Your world had cleaved and then it paused, waiting to rearrange itself around whatever you chose next. I wanted to run away from what had come before. I tried to convince you to begin a new life with me in Paris, to shed our former selves and let something else course through us. I wanted us to crawl through that black chasm of your broken world and emerge, anonymous and new, in simple lives where I could cook you simple dinners and we could be together every day, like children playing a sweet game with no purpose save the game itself. I like to think you considered it before you laughed and said “What could I do? I’ve made myself unemployable.” I like to think that in that moment’s hesitation before our bold futures reclaimed us, we lived that simple life together all the way into our peaceful old ages, with a brood of grandchildren around us on a farm in the south of France, quietly going about our days, warm and complete like loaves of fresh bread, our small world filled with the aroma of patience and familiarity.”

Tina Redse is related to 51-year-old Erik Redse who is the president at D. A Pope, Inc. who might be her brother and 80-year-old Mrs. Ruth Redse from Palo Alto her mother.

These are probable photos of Tina Redse