The best and worst at the VMA’s 2016 depends on how you see it, but there were arguably some dope moments of the night and then there were others far from hot. Let’s start with the good bits.

Beyonce and her 16 minute performance was a blast of wrath, strength, righteousness and female solidarity –hands down the best performance of the night, showing her fellow female singers how its done.

She performed shortened versions of the four songs that open her 2016 album “Lemonade” and was joined by a large number of women who reinforced her dance steps in elaborate attires.

But  what really made everybody’s night, was probably when she swung a baseball bat directly toward a camera, and the lens seemed to crack. 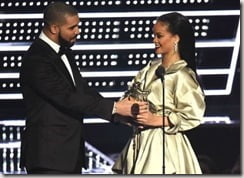 Rihanna winning the channel’s Video Vanguard Award and giving not one but four performances, each one a medley sifting through her catalog was not as memorable as we’d had imagined but still made us remember why she deserved the award in the first place.

There was electronic dance music, Caribbean beats, trap/R&B and ballads, each a showcase for a different outfit and a different persona, showcasing her many  talents.

Then we have Michael Phelps, the Olympic swimmer and gold medal collector who recently came back from Rio. Mr. Phelps took the stage to introduce rapper Future –who performed his hit single, “Commas,” with a dramatic rock-band backing –and said his recent pre-race motivator was “Stick Talk,” the menacing track from Future’s “DS2” album. Revealing a closely kept training secret and showing he isn’t much different than everybody out there who listens to Future.

Then we have Jimmy Fallon’s impersonation of Olympic gold medalist Ryan Lochte. The swimmer’s recent behavior while in Rio 2016 turned into Fallon’s punchline.

Lastly we have Drake who presented Rihanna with the Vanguard award and who aside from praising Ri-Ri as it was expected got personal saying, somewhat hesitant: “She’s someone I’ve been in love with since I was 22 years old.” 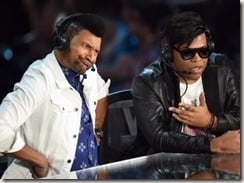 Now, what was not so pretty about the VMA’s. Is pretty obvious there was no proper host for this year’s show. Comedians Key & Peele tried to do their best in-between segments but were hardly funny through out the show.

Then we have the very much anticipated performance of Britney Spears. It was probably not quite the comeback Spears enthusiasts were hoping for. She did a medley of “Make Me” and G-Eazy’s “Me, Myself and I” that felt really flat. 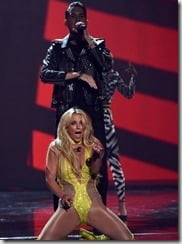 Everybody was nervous when Kanye West took the stage and though he was there for a good reason, to promote a new music video, “Fade,” –he still did some of the stuff Yeeze is known for.

Do you have any other best/worst moment from the VMA’s you want to share?