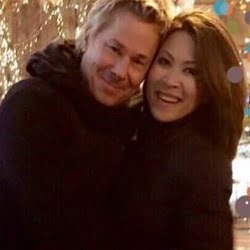 56-year-old actor, Kato Kaelin, become a household name for his role as a prosecution witness in the 1995 trial of O.J. Simpson.

Kato will be portrayed by Billy Magnussen in the FX drama, “The People v. O.J. Simpson.”

At the time the former NFL star was accused of murdering Simpson’s ex-wife Nicole Brown Simpson and her friend Ronald Goldman; Kato Kaelin was staying in a guest house on Simpson’s property and was there on the night of the two murders on June 12 1994. Kaelin always believed Simpson was guilty.

Fast forward to present times, Kaelin is the host of a show called Sports Haters on Dish Network and developed a clothing line called Slacker. According to the website, Kato has embraced the “Slacker” persona the media gave him, and with the help of longtime friend Rhonda Shear, created SLACKER wear. He is known as ‘Americas’ favorite houseguest.”

Kato was married to Cynthia Coulter. The marriage produced one child, daughter Tiffany Kaelin Knight. Kato and Cynthis were married from 1983 to 1989.

In 1983, Kaelin married Cynthia Coulter, now a 57-year-old former legal secretary. The former couple met while both were waiting tables in the L.A. area. The next year, Cynthia gave birth to their daughter. She divorced Kaelin in 1989. Apparently the main reason for their divorce was that Cynthia Coulter didn’t make him happy because she didn’t support him and his acting.

Kato Kaelin has been linked to Amber Thompson in 2006, Elizabeth Daily and Barbara Dare. Most recently he’s been romantically linked to KCAL News Anchor, Leyna Nguyen.

46-year-old Leyna is a Vietnamese-American TV anchor and reporter from L.A. She is a three-time Emmy Award-winning journalist.

Kato and the popular newswoman have been dating for a few years, they were first linked together in late 2013.

Kato Kaelin is the father of Tiffany Kalein Knight. Daughter Tiffany Kaelin was born in  1084. She is currently the editor in chief skorch/ plus size stylist. She also adds ‘big **** owner’ on Twitter as a reference to her voluptuous curves.

Following her parents divorce, her father is said to have stayed close to Tiffany whom he saw every weekend, according to People.