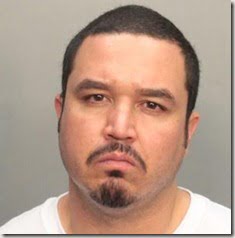 It’s no surprise Ivanka Trump, heiress, socialite, and businesswoman, has got a stalker. His name is John Eugene Enabnit. Ivanka has long been Enabnit’s target of fascination, and she already has a New York restraining order against him, but Enabnit allegedly violated it. Cops arrested him Sunday at a hotel in Doral, Florida.

Ivanka was this past weekend representing her family at the World Golf Championships-Cadillac Championship, held at Trump Doral Resort & Spa. 32-year-old Enabnit was spotted at the same place by a detective on Saturday, he was arrested the next day.

“Enabnit freely told our detectives that he was at the golf course trying to contact Ivanka Trump,” Doral police chief Richard Blom told El Nuevo Herald. “After the arrest, we contacted [the] New York District Attorney’s Office to inform them of the incident because the man had violated a restraining order.”

The homeless stalker had also been arrested on February for alleged harassment at Ivanka’s perfume launch in New York.

“You’re going to need an order of protection against me!” Enabnit screamed as he was led away by security guards.

John Eugene Enabnit was born on September 12, 1980. He graduated from Amphitheater High School in Tucson, Arizona, in 1999.

He showed up at Trump Tower on Fifth Avenue seven times between February 18 and 22, demanding to speak with her in every visit, he was already under Trump’s security observation.

Enabnit could face felony criminal contempt charges, punishable by up to four years in prison. He’s now only facing misdemeanor stalking and harassment charges in Manhattan.

31-year-old Ivanka is married since October 25, 2009, to New York Observer owner Jared Kushner, also 31. Together they have an 18-month-old daughter named Arabella Rose, born on July 17, 2011. Ivanka is Donald Trump and the Czech Ivana Trump’s daughter. She has four siblings: Donald Jr., 35, Eric, 28, Tiffany, 19, and Barron, 6. Ivanka Trump is in the jewelry and perfume business. She is also executive vice president of development and acquisitions for The Trump Organization.

Find John Enabnit on Facebook here. And on MySpace here.