Jamie Abrams is the guy who creeped out the heck out of Lace Morris  during last nights, episode of “The Bachelor: The Women Tell All.”

If you were watching Monday’s episode, you sure caught what it seamed like a crazed fan, claiming his love for Lace Morris.

The unidentified man showed viewers his tattoo of Lace’s face on his stomach and scared us even more.

Accoridng to TMZ, it turns out, the creeper is “Punk’d” producer Jamie Abrams –who faked the whole thing!

Abrams — who went viral in 2013 for the “The Women of LA” YouTube video — showed up at the taping and surprised Chris Harrison by standing up and professing his undying love for Lace Morris.

On the contrary, Lace was not faking her shock and it wasn’t in a good way. Sources tell TMZ, no one from cast or crew were in on the prank, so she was understandably puzzled by the awkward moment. 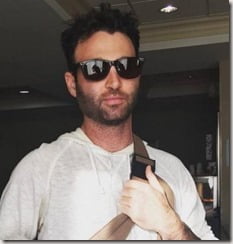 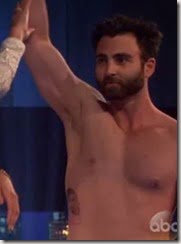 In 2013 it was reported Fox set up a TV project with Jamie Abrams and his video co-creator, DJ Lubel. Fox bought Last Night, a single-camera comedy written by Lubel and Abrams.

The short film, in which DJ Lubel sings about being too homely and poor to get laid in Los Angeles, was criticized by comedians. During an interview t the Huffington Post he said about the video “It was a hate piece. It was a manifesto,” Dj Lubel added “If I could be frank with you — I am a misogynist. I hate my mom. I hate my grandma. I hate his mom. Have you met his mom?”

However, Jamie Abrams had stated the real reason for the video, at the beginning of the interview: “I get rejected by women constantly.”

That was almost three years ago, do you think he still has that problem?