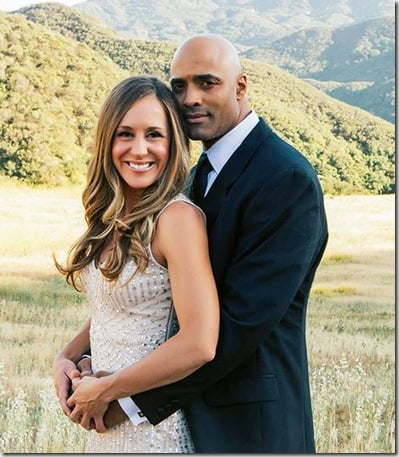 Kenya Moore got her heart broken by James Freeman, the Princeton educated investment banker she met while on Millionaire Matchmaker! The Real Housewives of Atlanta thought they were still dating when she found out online he had gotten married to another woman!

Let’s meet the other woman! Her name is Jaimi Gregory and she is, well pretty hot! Jaimi and James allegedly wedded a week after Kenya’s episode aired, she even posted to her Instagram account telling her fans about her heartbreak

Unfortunately, I just learned today that the man I met and fell in love with from Millionaire Matchmaker was married a week after the show aired. I am astounded and devastated to have learned of this news VIA social media as opposed to from him directly. However, I still believe in love and my heart remains open to the man God has for me. I wish him well.

The blonde Jaimi happens to be a professional beach volleyball player or at leas she used to  be, and what do pro’s do? They teach right! According to her athlete profile, she was born September 2, 1978 in Westminster, CA. She is the daughter of Gerald and Sally Gregory. The tall blonde attended Stanford where she played for the team. She comes from athlete parents, he father was the head coach at Oregon from 1986-94, and was a teammate of Stanford coach Don Shaw on the U.S. National Team from 1978-79 ; while her Mother,  swam and played water polo at UC Santa Barbara from 1972-76, and played volleyball for Wright State in 1977.

If you want to know about her college highs, you can check out her full profile here. The Athlete, Coach & Entrepreneur  added one more adjective to describe herself “wife” that’s what she became on April 3 according to Starcasm.