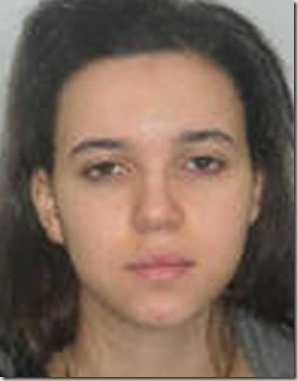 Paris has had it tough, following the Charlie Hebdo attack; The killing of policewoman Clarissa Jean-Philippe on Thursday has pointed authorities in the direction of Hayat Boumeddiene along with her partner Amedy Coulibaly, believed to be directly involved in the killing.

A standoff Friday afternoon against police and the Boumeddiene and Coulibaly duo left two people killed and an ongoing hostage situation. 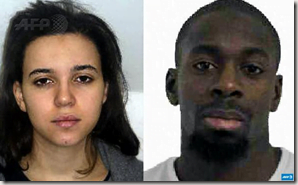 Hayat along with her partner Amedy Coulibaly (pictured above) have been described as dangerous and are being chased by police. 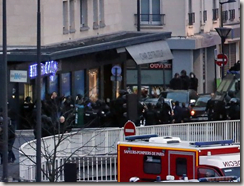 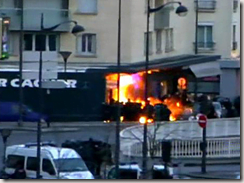 26-year-old Hayat and Amedy have been linked together since 2010; he has been related to other crimes including being part of the “Buttes-Chaumont network” that helped send would-be jihadists to fight for al-Qaeda in Iraq. He was released from jail two months ago after being locked since 2013 for the Belkacem escape plot. 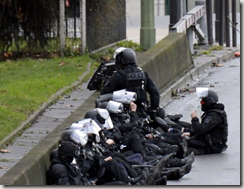 While serving his sentence Boumeddiene lived in his home. The couple are believed to be behind the shootout and siege at the Kosher Supermarket. They are also believed to be friends with the Kouachi brothers.