Elizabeth Tilson is the lovely CEO wife of Fox man, Roger Ailes. Her TV exec husband has served as the chairman and Fox News CEO for the past 20-years, but that could be about to change.

According to reports, the 76-year-old former political consultant, will soon be kicked out amid the company’s ongoing investigation into Gretchen Carlson’s sexual harassment allegations against Ailes.

According to New York magazine, the Murdoch family leadership at parent company 21st Century Fox has settled on ousting Ailes as CEO and chairman of the cable news network.

Former Fox News anchor Gretchen Carlson filed a sexual harassment suit against Ailes earlier this month. Soon after, it was reported that six women came forward, two using their full names, claiming that Ailes had sexually harassed them too.

This is something that is intrinsically linked to Elizabeth Tilson since, is her husband being accused of harassment. Her husband is allegedly being given the option to either resign or face the possibility of being fired sometime this week. Elizabeth’s husband has denied all allegations. 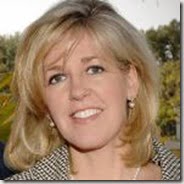 Elizabeth Tilson was born December 1960. She and her husband are both important figures in the TV industry.

Tilson and her husband welcomed their only child on New Year’s Day in 2000. Elizabeth Tilson gave birth to a son, whom the couple named Zac, now a 16-year-old teen.

According to her bio on Putnam County Courier, Elizabeth was a veteran of NBC News and has a B.S. in Journalism from Southern Connecticut State University. She was the first producer CNBC hired –where she worked until 1996 –after being part of a 3-person team responsible for launching the network in April 1989.

Elizabeth Tilson put her career on hold to become a housewife and raise the couple’s child. But in 2008 the homemaker, became The Putnam County News and Recorder (PCNR) publisher  after her husband bought it. He also bought the local Putnam County Courier in 2009, where Elizabeth is also publisher.

Mrs. Ailes is the owner of the Hudson Valley Freedom Press, where she publishes the 147-year-old Putnam County News & Recorder, which hits newsstands on Wednesdays; and the Putnam County Courier, New York State’s oldest, continually published weekly, established in 1841 and available every Thursday.

She and her husband currently reside in New Jersey and previously lived in New York, across the Hudson river.

Elizabeth Tilson ha supported many charitable causes, both locally and in the metropolitan New York area.  In 2013 Mrs. Ailes renovated a dormitory at The Walter Hoving Home in Garrison, a rehabilitation center for women struggling with drug and alcohol addiction.

Mrs. Ailes has previously served on the board of directors of Mount Saint Mary College in Newburgh, NY, and of Catholic Big Sisters and Big Brothers. She recently joined the Board of Trustees of the Taft School in Watertown, CT.