Meet Britney Powell also known as Brittney Rache- she is a former Playboy bunny, actress and the longtime girlfriend of actor Verne Troyer who along Brittney and her son Tyson O’Bannon were on Celebrity Wife Swap!

Brittney Powell was on ABC’s Celebrity Wife Swap with her famous boyfriend actor Verne Troyer who played Mike Mikers’ Mini-Me in Austin Powers. Brittney will also be joined by her teenage son Tyson.

On the second episode of Celebrity Wife Swap, Powell will switch places with Lindsey Georgalas Ward, the second wife of former  NFL  player Hines Ward who is also the proud father of son Jaden Ward from his first marriage to Simone Ward. 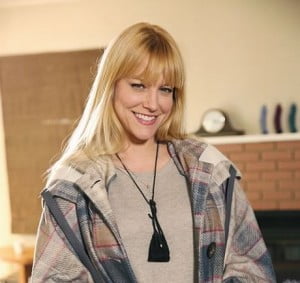 46-year-old Brittney Powell was born in Wurzburg, Germany on March 4, 1972. She appeared on the 1991 Girls of Spring Break; she is also known for roles like Kate in Harry and the Hendersons, Brunnhilda in Xena: Warrior Princess, Janine Kelly in Pensacola: Wings of Gold, Friends, Tarzan: The Epic Adventures, NCIS, Two and a Half Men among other roles. 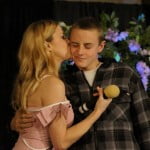 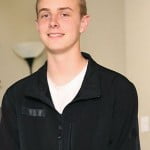 Brittney Powell once married to Kevin Powell; he is the father of her son Tyson; who you met on Celebrity Wife Swap along her boyfriend Verne Troyer. 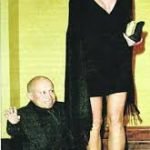 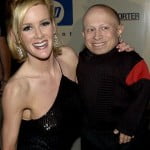 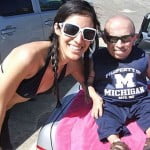 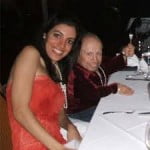 Verne on the other has been married once; in 2004 he got married to Genevieve Gallen. They stayed married for a couple of months; subsequently dated Ranae Shriver, during their six-month relationship they made quite a stir following the released of a lewd tape.