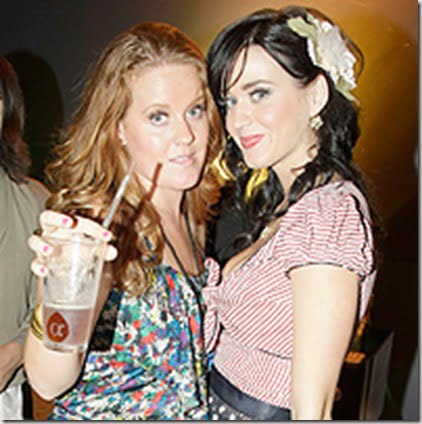 Angela Hudson whom we’ve gotten to know as hit singer Katy Perry’s big sis has become a mommy! Or at least that’s what the “Dark Horses” songstress has made us believe. According to the NYdailynews, Katy shared with her 50 million Twitter followers that she helped bring a newborn into the world on Wednesday.

It’s been known her 31-year-old look-alike sister was shown to be pregnant with her first child, last October so if Perry helped to deliver a baby in the living room there is a good chance it could be her big sis!

Let’s get to know Angela better shall we! 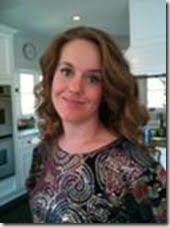 The blonde sis, was born December 7, 1982. She is Katy Perry and David Hudson‘s older sister. An interesting fact about the sisters is that Angela serves as a partial inspiration for Katy pursuing music, who went through a phase of “copy-catting” her. She would practice with cassette tapes that Katy would take and practice with. Katy would rehearse the songs from the cassettes and sing them in front of their parents. They suggested she take vocal coaching, and she did.

The Tulsa, Oklahoma native, was also raised into a pentecostal home, being the daughter of to Pentecostal pastors, Maurice Keith Hudson and Mary Christine Perry of Keith Hudson Ministries.

Unlike her sister, she is not publicly known but she did appeared on T.V. She in is known for her work on Katy Perry’s documentaries: Part of Me (2012) and E! Special: Katy Perry (2010). Another interesting fact is that during one of her sister’s concerts, Angela dressed up as the geeky counterpart character of the “Last Friday Night” video.

Angela is a married woman. She married The Daylights drummer, Svend Lerche on May 5, 2012. She and her Danish hubby currently  live in Santa Monica, California. At the time an excited Katy tweeted 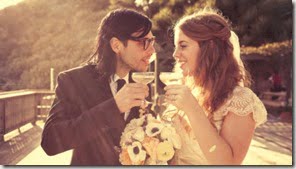 She has close ties with the music industry not only for her sister but also for her husband’s band which boasts of a tremendous fan following in LA, The Daylights has already opened big acts, cut an album and toured with OneRepublic and of course, Katy Perry.