Gorgeous Amanda Stanton, is a blonde Cali native, who is currently stirring things up in the current Bachelor season with Ben Higgins.

According to her ABC bio, lovely Amanda Stanton, is a 25-year-old esthetician from Rancho Santa Margarita, CA. The 5’ 3’’ gal loves all kinds of music. Pop and country are probably what she listen to most often. Her all-time favorite movies include, Grease, Bridesmaids, and The Notebook, of course.

The blonde recalls hiking 12 miles to a waterfall in Kauai during a thunderstorm, as the most outrageous thing she’s ever done, and prepare to be hit with sweetness when she says her greatest achievement to this day are her two little daughters. Isn’t that one of the sweetest things you’ve heard! 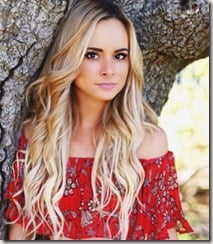 According to her Facebook page, Amanda Stanton attended Mission Viejo High School and is listed as a Sales Manager at Arbonne. 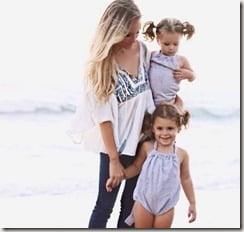 Amanda Stanton presented herself as a single parent on the show, she loves to talk about her two adorable girls. Whether on Twitter, Facebook or Instagram, she often posts pictures with her two young daughters.

Amanda Stanton used to be a married woman. According to info online, she divorced the father of her girls two years ago and hasn’t been on the dating scene since. Despite having two kids already, Amanda Stanton has kept her petit/small shape intact.

Amanda used to be married to Nick Buonfiglio. Her ex-hubby gave an interview and told Life & Style magazine, the couple only divorced in June, three months before Amanda started filming the reality dating show.

Her ex, also revealed their marriage ended because they married too young and didn’t communicate well, adding about his former spouse: “She tends to get stressed out pretty easily,”  “She can get high anxiety. When we were together, she got very frantic sometimes.”

Is it fair that Nick shares his opinion about Amanda to the world? Should Ben listen to Amanda’s ex or should he get his own idea of Amanda Stanton?

Amanda’s ex is definitely right on one thing. As a final note he send a message to Ben Higgins saying, if he chooses Amanda, he’d better be ready for an “instant family.”