John Darjean is the high school employee who is currently accusing a teenage student of a brutal attack, but is not just any student. Darjean alleges, the son of NFL hall of famer, Deion Sanders, attacked him, beating him so badly, he had to receive surgery.

According to TMZ, John Darjean claims, Sanders kis was breaking school rules last September by using his cell phone on campus during school hours. When he tried to confiscate the teen’s phone, Sanders allegedly got violent giving Darjean serious injuries. As a result of the brutal attack, John Darjean was rushed to a local hospital where he later needed spinal surgery.

John Darjean’s medical expenses were cover by an insurance company –which is now suing the teens parents. The insurance company thinks Deion Sanders and Pilar Sanders should reimburse them, claiming the parents of the troubled teen, perfectly knew of his history of reckless conduct and never did anything to curb his behavior. The company is suing for $26k.

As for his personal life goes, Sanders has been married twice. He has two children –son Deion Sanders Jr. and daughter, Deiondra Sanders –with first wife, Carolyn Chambers; and is the father of three with second wife Pilar Biggers-Sanders: sons Shhilo and Shedeur and daughter, Shelomi.

In 2011 Deion served Pilar Biggers-Sanders with divorce papers. During the divorce battle, Pilar made several accusations of abuse against Sanders, leading Sanders to file a Defamation of Character lawsuit against her. In 2015, Sanders was vindicated when the court awarded him a $2.2 million judgment against his ex-wife in the case. Sanders was awarded primary custody of all three children. 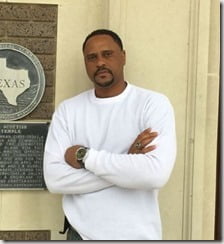 Court documents, John Darjean is a baseball coach and former minor league player –who has dedicated his life to his community.

According to his coach bio, John Darjean has served as a mentor and coach for the past ten years, teaching inner-city youth the fundamental of baseball in an effort to keep them off the streets and out of trouble. Darjean grew up in a rough neighborhood and struggled in school but baseball was the one thing that was able to keep him out of trouble. After four years playing minor league baseball for the New York Yankees, Darjean started Majors 2 Minors, a baseball league for inner-city kids. He co-founded the Dallas Baseball Alliance, a program aimed at coaching kids the fundamentals of baseball, while using the sport as a vessel to teach them discipline and life skills.

A lifelong volunteer with the Sickle Cell Anemia Foundation, having endured sickle cell traits since birth, Darjean also volunteers with Dallas Police Athletic League, the American Cancer Society. Darjean played the role of shortstop in the movie “For The Love of the Game”

In 2010, he was granted the NAACP Humanitarian Award for his extensive work in the Dallas community. In 2012 he was named “Give Back Day Hero.”

According to his Facebook page, he is originally from Baton rouge, Louisiana and studied criminal law at Dallas Baptist University.