Ingmar Guandique who is the undocumented immigrant convicted of killing Chandra Levy, is expected to be released.

Last year, the criminal was granted a new trial, but the U.S. Attorney’s Office for the District of Columbia announced his case being dismissed and as a result, charges against him have been dropped.

Chandra Levy was first reported missing in 2001. About a year later, her remains were discovered in Washington’s Rock Creek Park.

Her murder case gained spotlight after it was revealed the 24-year-old Washington intern might’ve had an affair with former U.S. Rep. Gary Condit. The married Democrat was questioned by police and he admitted to the relationship between him and Levy.

Ingmar Guandique had previously committed previous attacks on female joggers and Chandra’s murder case fit the Guandique’s attacking pattern. He was found guilty in 2010 and was sentenced to 60-years in prison. At the time, he was serving 10 years in prison for attacking two other women in the park.

At the time of his sentencing and while he bowed his head in tears, the then 29-year-old said in his native Spanish,

“I only have one thing to say,” “I feel sorry for what happened to Chandra Levy, but I had nothing to do with it.” 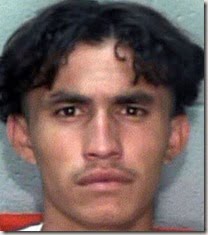 Ingmar Guandique is a native of the small country in Central America, El Salvador.  The country is plagued by gangs and is notoriously known as the world’s most violent country and its capital, San Salvador, is the world’s murder capital of the world.

Guandique was granted a new trial after prosecutors disclosed in 2013 that a key witness in the case, jailhouse informant Armando Morales, had lied.

Morales testified during the 2010 trial that Guandique had admitted to killing Levy while the two were cellmates. With no physical evidence linking Guandique to the crime scene, Morales’ testimony proved crucial to the conviction.

According to the NY Daily News, prosecutors did not elaborate on new developments immediately, but said they concluded they could no longer prove their case beyond a reasonable doubt.

Guandique will be released to the custody of U.S. Immigration and Customs Enforcement and could be sent back to his home country.