It was really a bad day for 24-year-old Arielle Engert, who not only was charged for drunk driving and possession of ********* and cocaine but was also charged additionally, with three counts of bribery after she allegedly offered three deputies oral ***!

In an effort to dodge the initial charges, The Smoking Gun reports, Arielle Engert, of East Palm Harbor, Florida; offered sexual favors to three different police officers but they all declined resulting in the added charges for the hot red hair.

It all went down on on Sunday when she got pulled over after her car was spotted waving across the road. Traffic cops determined she was drunk, and ***! She got hit with a DUI charge. When searching her car, ********* was found in her purse, and ***! She got another charge. Once she was taken to jail and was being processed, police found cocaine hidden inside her bra!— and that resulted in two felonies. 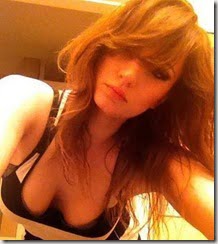 Arielle Engert found herself in a pretty bad situation and she managed to make it worse when she thought offering *** was a good idea. The gal first offered the service to Deputy Brian Sudbrink who declined, then it was the turn for deputies Obed Munoz and Eric Biddle. They all said no. You got to give to her, at least she is persistent.

Wonder why was she was so eager to get away with it? It might be because it’s not her first run-in with the law, Engert’s rap sheet shows collars for drunk driving and possession of ********* and drug paraphernalia.

According to her Facebook page, Arielle Engert is a philosophy major at the University of Florida. She acknowledge the whole incident by posting on FB

“Really hoping its about that time I stop sucking at life this has gotten out of control … I can’t drink alcohol anymore I’m too sensitive to it and it’s ruining my life. Please support me.”

Arielle Engert was released from jail September first, after posting a $5,150 bond. The rebellious and sassy gal will appear in court on Sept. 24.