Teiro Cuccinelli is also known as Alice Cuccinelli, Alice Monteiro and Teiro Davis; her husband Ken Cuccinelli, is the former attorney general of Virginia and likely will be having a new job at the Department of Homeland Security overseeing the administration’s immigration policies, according to a White House official. 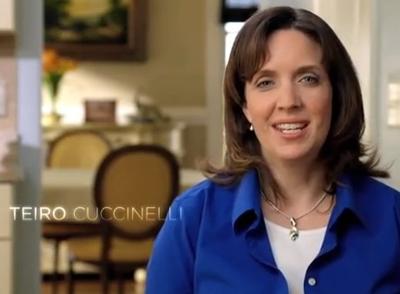 Teiro Cuccinelli or Teiro Davis if you prefer was born Alice Monteiro Davis on December 1, 1969.

Teiro was a student at Gonzaga High School when she met fellow student Ken Cuccinello; who was her date for prom.

But things between them didn’t move forward, they lost touch after high school graduated and for a while; it seems that that would be the end of it.

Luckily Ken contacted her while they were in college; Teiro was on her last year at James Madison University when Ken a University of Virginia graduated gave her a call.

Things moved pretty fast after that, they started dating, got engaged and by October 1991, they tied the knot!

Mrs. Cuccinelli homeschooled all of her seven children until the sixth grade, after that they attended parochial school and then off to college.

Their eldest Alie, 23,  graduated from Hillsdale College; according to Freedom Works Teiro and her husband already have one son-in-law and a grandchild.