49-year-old Daron Norwood the county singer known for the songs like Cowboys Don’t Cry, I Wouldn’t Have You, Ready, Willing and and Able was found dead at his apartment in Texas. He is survived by his wife Suella Norwood and children.

“On July 22nd, 2015, at approximately 2 p.m., officers of the Hereford Police Department, along with medical personnel were sent to the 100 block of Hereford Calle in reference to an unresponsive subject,”

“On arrival, Daron Norwood, age 49, was found in the bedroom of the apartment, deceased. No signs of foul play were observed and the incident remains under investigation.” 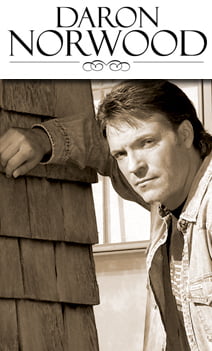 But he fell off the wagon and on April 15, 2008 he was arrested d in Crestview, Florida, for domestic violence, the charges were later dropped.

Sadly he fell off the wagon in 2008 when he was arrested in Okaloosa County for domestic violence on April 15. The charges were drop after an investigation was completed. 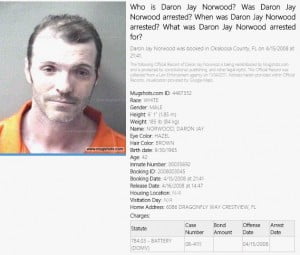 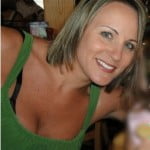 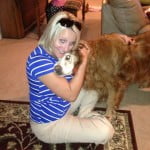 39-year-old Kimberly Norwood was born Kimberly Nicole Cawthon in June, 1976. She worked or still is working as a teacher at Okaloosa County School District. Kimberly and Daron divorced after his 2008 arrest, she dropped the charges and he was told to stay away from her and their children. Weird?

There has been a lot  of talking about Daron Norwood’s marriages and children, for example first we have Mrs. Brenda Eve Chapa who was 19 years old when they got married on July 26, 1986. 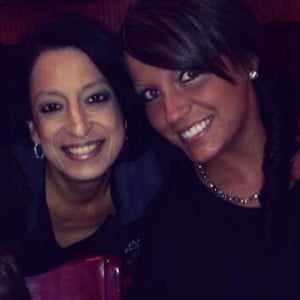 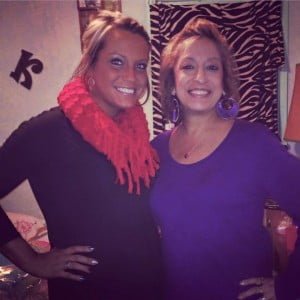 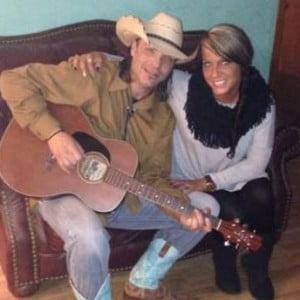 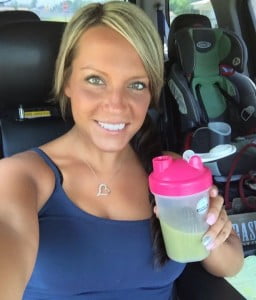 Krista Norwood now Krista Spears is happily married with children, she had a great relationship with her father and even spend her 28th birthday with him.

We found another marriage record in Lynn County  that states that on April 15, 1990 Daron Norwood, 24 at the time and Karen G. Ruddle got married. 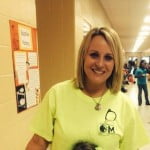 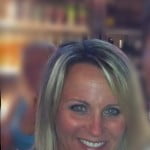 After his marriage to Karen Ruddle ended,  Daron married Kimberly who now resides in Florida. According to Mrs. Cawthon Fountain, she and Daron had two girls Delayney  and Roxy. Daron abandoned them and now Kim and her husband James Fountain live with their children.

The girls were legally  adopted by Mr. Fountain. Read a comment posted by the former Mrs. Daron Norwood ..

I am the ex wife, and unfortunately, both girls are biologically his. He knows this, but needs a good clean image to make money. I could careless, and I have nothing to gain. He walked out on us and left us with nothing. My high school sweetheart that I hadn’t even seen in 12 years or more read about the nasty divorce in the newspaper and called my parents house.

Yes, we are married and yes he fully adopted both girls Daron gave away and left. It is almost humorous to me that he denies Roxy-Parker, but I am glad because she and Delayney will never forgive him when they are old enough to read all the real court documents and find out what all he did to me and them.

What he was arrested for. The real truth. He has a history of this, and was even recently abusive to Suella, his new wife. I feel sorry for her because I know what I lived through, she seems likes a nice person. I just wanted for the record, I didn’t have an affair.

The one with the affair was him, Tina Vaughn from Pace, FL. He met her at the Fishing with a Mission Tournament. I as I said, my family is happy and content, but in no way did I have an affair and both girls do have his blood, but that is all he has and ever will give them. We are safe.
Thank you.
Kimberly Cawthon Fountain

This was posted in 2013, the same year Daron was arrested in Texas. He was arrested two years after that for driving without a valid license. 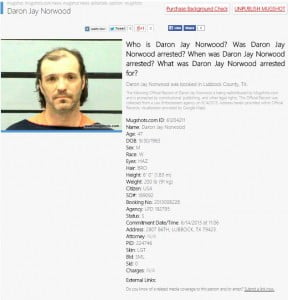 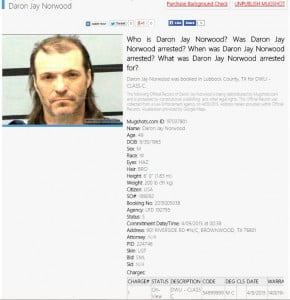 And then comes his current wife, Suella Norwood. 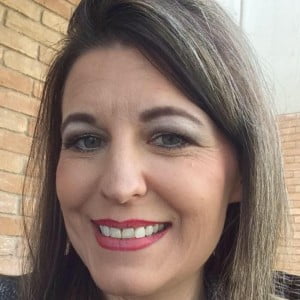 40-year-old Suella Faye Johnson born January 19, 1975 in Texas got married to Daron Norwood on July 05, 2009 in Hockley County when she was 34 years old and he was 43. This was marriage #2 for Suella who was 19 when she and Phelps McCarty got married January 16, 1994 and then again on October 02, 2004. Suella had one daughter with Mr. McCarty and it seems that she and Daron had their son Daylan.