Meet Mrs. Cathalyn & John Lachey; they are the proud parents of singer, Nick Lachey, he was the lead singer of the boy band 98 Degrees. Nick the husband of model Vanessa Lachey (nee. Minnillo) was previously married to singer Jessica Simpson.

Nick and wife Vanessa are contestants on Dancing with the Stars, they will be dancing with newlyweds pro dancers Peta Murgatroyd and Maksim Chmerkovskiy for the show’s 25th season. 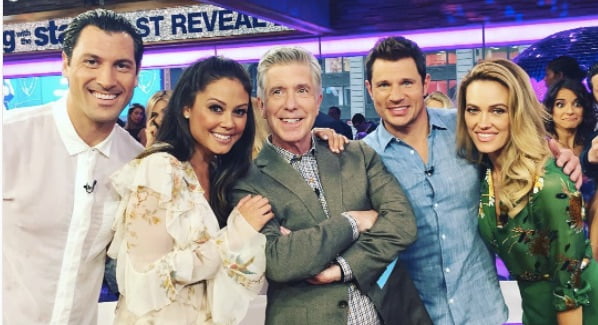 In addition to being the parents of Nick, Cathalyn and her husband John Lachey are also the proud parents of the younger son Drew Lachey, also a former member of 98 Degrees and winner of the second season of Dancing With the Stars alongside professional dancer Cheryl Burke.

Cathalyn and second hubby Richard B. Reinert tied the knot on July 16, 2003; John, on the other hand, tied the knot for the second time on September 17, 1983, to Iris Stanley.

Both Cathalyn & John Lachey still reside in Ohio. She is the daughter of Robert Fopma of Cincinnati; Mrs. Fopma attended the University o f Cincinnati and was a member of Alpha Chi Omega. She is nowadays the Executive Director of Ken Anderson Foundation. Cate lives with his adopted son Zac, 22, who was diagnosed with Asperger’s syndrome at age  7.

John Lachey, son of Ralph Lachey of Kettering, Ohio, met his ex-wife while they both attended the University of Cincinnati; he was a member of Sigma Alpha Epsllon