The couple tied the knot in California and though we couldn’t be happier for them, we cant help to ask what they were thinking when they decided to –not only marry on September 11th but also make the deadliest terrorist attack in American history their wedding theme!

Yep, they did, according to TMZ their wedding cake was the World Trade Center and they gave their guests real box cutters engraved with their names.

The explanation? Well, one guest said, both Krista Napp and Jerry have a dark and strange sense of humor. But what else do we know about the bride, Krista Napp? 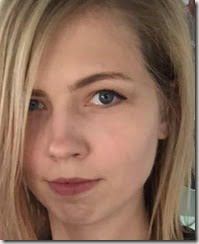 Krista Napp met Jerry in Kent, Ohio, five years ago. There might another stunning fact to their union other than their anniversary date, records online show, she is 26-years-old which makes her 41-years Jerry’s junior. Wow!

Krista Napp is a former figure skater and also used to be a Figure skating coach. You can see a video of her in action here. She is also a huge fan of Devo.

Devo is the 1980s band that produced the hit “Whip It.” Aside Devo, Casale dedicated his time to doing mostly commercials and some music videos. He is the man behind the **** commercials for Miller Lite. He said during an interview, “I used to do a lot of music videos but it trickled over more into commercials. Other than that, Devo has played now and than. We pit together songs for movies and TV shows.” And also collects wines.