Jami Miller is the soon-to-be ex-wife of singer Austin Winkler. Another year down, means new couples splitting. Here we have doomed marriage number one.

According to gossip sites, Jami Miller and Austin Winkler have been husband and wife for the past 7-years. TMZ says he is calling it quits from Jami saying in divorce docs there’s NO community property to divvy up.

Apparently they have been separated for over a year but there’s no exact cause of the split. There won’t be much drama since docs also say, neither arty needs to be awarded spousal support.

Jami Miller, full name Jami Lea Grace Miller, is the designer of Vintage~Boho~Rock~Jewelry & Headscarves. When she’s not busy creating new designs, she can be found modeling her own brand. 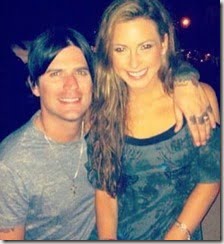 Jami Miller has her own website. She says she gets inspiration from her California lifestyle and traveling. The jewelry is handmade in Los Angeles with high quality materials, mixing precious and semi-precious stones resulting in truly unique pieces.

Winkler –who was one of the founding members of Hinder –met Jami Miller while filming Hinder’s music video for their cover of “Born to be Wild.” Jamie Miller was casted as one of the dancers for the video at the time. The two began dating in 2007 and were married the following year.

After their wedding, she tagged along with the band travelling with her hubby.

She assisted in styling some of Hinder’s shoots and then went on to style other rock bands. 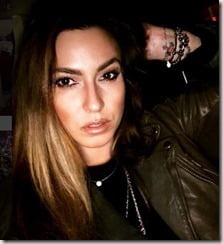 Taking from her rock style living, her modeling days and passion for fashion, she began designing in 2011, aiming to create pieces that any rock chick would wear.