Leslie’s boyfriend is famous for his career as a rapper and actor, he released his first album at age 13 and has also simultaneously appeared in a number of films.

Born Shad Gregory Moss on March 9, 1987; the Columbus, Ohio native started rapping at age five under the name Kid Gangsta and gained fame after the release of his album Beware of Dog in 2000. He was back then a protégé of Snoop Dogg. He later became one of the hosts of the BET show 106 & Park. 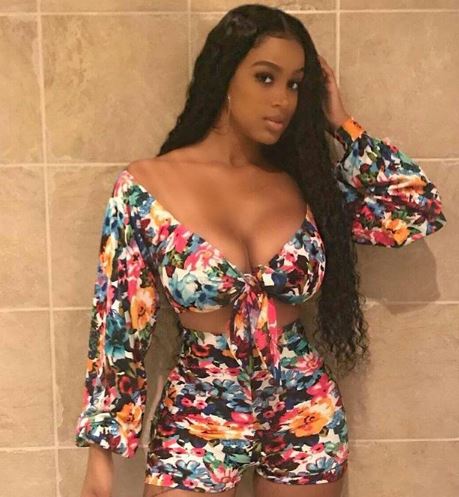 As for his romantic life, the 31-year-old has been busy. Bow Wow welcomed a daughter, Shai in April 2012 with his former girlfriend Joie Chavis.

Got engaged to Erica Mena in November 2014 but the two later split up. The new girl in his life is social media star, Kiyomi Leslie.

Leslie Holden was born March 29, 1991; she is a Raleigh, NC native who is widely known for her eponymous Instagram account. She revealed in 2017 that her father has served 20 years of a life sentence on drug charges.

Her brother, David has worked as a bodyguard for point guard John Wall.

Leslie has earned widespread popularity since 2016 –for her personal lifestyle and urban modeling photos. She has amassed more than 600,000 followers to her Instagram account. She has also served as a guest host for the Atlanta radio show The Durtty Boyz on Hot 107.9 FM.

Kiyomi Leslie and Bow Wow have been tight for a while, however, it is unclear the current status of their relationship. According to reports, Bow Wow received a call from Leslie and the rapper lost control of his temper while shooting his reality series Growing Up Hip Hop: Atlanta and absolutely trashed the set.

Leslie and Bow Wow’s different sides of the Story.-

Leslie said was pissed she was talking to another man at the party and lit into her about it when they got home, hitting her in the head, pulled her by the hair, dragged her from her bedroom, before telling her to get the **** out.

He said Leslie disrespected him by hanging “all over another man’s body; added that called him a “b** *** n***er” when he complained about her behavior.

He claims he merely told Leslie to leave their home, and placed her bags by the door. He claims Leslie “grabbed a nightstand lamp and threw it at him.” He says she missed with the lamp, but scratched the **** out of his face … which is obvious in his mug shot.

An officer on the scene says he saw the lamp on the ground when he entered the bedroom. Cops observed red marks on Leslie’s fingers as well as broken fingernails. 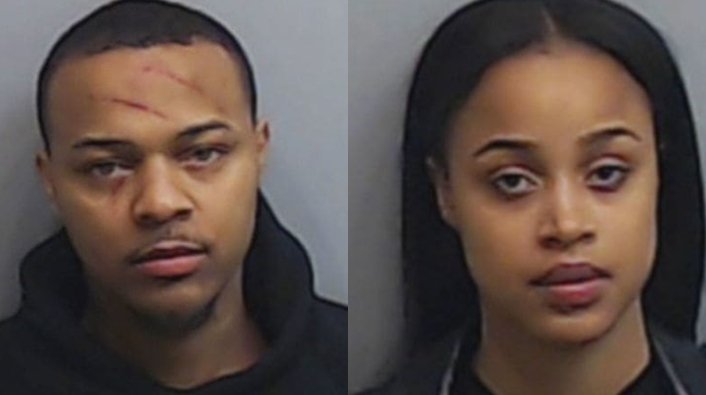 Check out more of her photos below.