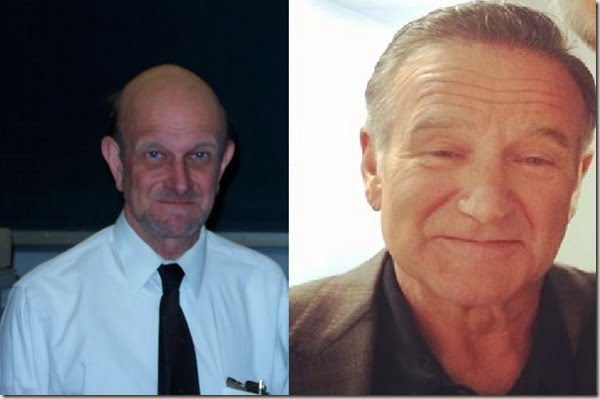 It is a sad time not only for Robin Williams family and close friends and the Hollywood community but for us the fans. Millions have been paying tribute since hearing the heartbreaking news of his passing yesterday. In other posts we’ve told you about his lovely daughter, sons and wives and now we want to take the chance also to tell you about the iconic actor’s brother.

McLaurin Smith Williams is actor Robin Williams’s older brother. The actor who was found unresponsive at his residence in his Tiburon, Calif. home Monday afternoon, months after a rehab stint in Minnesota, at the time his reps said was to fine-tune his recovery.

The 63-year-old was born July 21, 1951. A Chicago Illinois native son of Laura McLaurin –a former model originally from New Orleans, Louisiana who died in 2001; and Robert Fitzgerald Williams –a senior executive at Ford Motor Company who passed away in 1987. McLaurin Smith is one of Robin’s two half bothers; R. Todd Williams who lived in Santa Rosa, Calif.; died August 14, 2007. He was Robin’s dad’s son by his first marriage. He was a national sales manager for Shafer Vineyards.

Smith-Williams and Robin were both sons of Laura McLaurin. He was born in 1947 making him four years older than Robin. He is far from the spotlight as a former physics teacher but was a big fan of his brother’s work.

`I was always a Peter Pan fan, I`m really looking forward to it.“

The now 67-year-old who is married to wife Pat who is a Chemist he used to teach at Christian Brothers High School in Memphis, below a picture with a student. He wasn’t always that close to his younger brother. Smith-Williams was actually about 13 when he met Robin. All three of the boys; Todd, McLaurin and Robin grew up as only children.

McLaurin  was adopted by his mother’s parents after her divorce from her first marriage. He is better known as “Mac” and moved to Memphis in 1965 to attend Southwestern (now Rhodes College).

All three brothers got along wonderfully and used to get together at least once a year. McLaurin was not blood related to Todd but they were very close, he stated during an interview for the Chicago Tribune. Smith-Williams said of his famous brother at the time

“In private life he tends to be very quiet-almost the opposite of his stage persona. And he`s a very private person.`

Like most fans, Smith-Williams has a favorite Robin Williams movie.

“Actually, my favorite is probably `Moscow on the Hudson.` He actually learned Russian for that. I have a friend who speaks Russian and he said he did a very credible job.“

‘I would very much not like to talk about this right now. He means a very great deal to me. Thank you.’

Our prayers to Mr. Smith Williams during this difficult time and to the rest of the family.