Goonies actress Mary Ellen Trainor lost  her battle to pancreatic cancer on May 20, 2015. She is survived by her son Alexander Zemeckis, mother, Jane, and siblings Ned, Jack, Barbara and Carolyn. 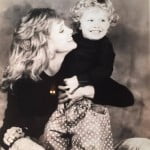 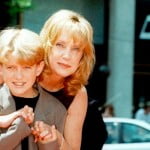 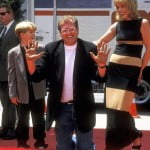 Alex Zemeckis starred in a couple of films like Forrest Gump in 1994, Contact in 1997 and Rabbit Fever in 2006. He attended Santa Barbara High School. Alex holds a Bachelor’s degree from San Diego State and master’s degree  in spiritual psychology from the University of Santa Monica.

He worked with a AIM House in Boulder, Colorado in 2009, he then founded The Grounds Recovery in 2013. Grounds offers transitional homes to men who are in their road to recovery from addiction to drugs.

Alex who serves as CEO found inspiration on his own battle with drugs at an early age, by age 13 he dropped out of school  and spend his days surfing and skateboarding, along with getting drunk and then high. Luckily he got help.

“I ditched school in order to skateboard and surf. While most of my peers had dreams and aspirations of education and career success, my ideal scene was getting loaded on the beach. I had found a peer group of my own.

Nothing was going to get in my way so I thought, until consequences started to pile up, and the drugs stopped providing relief. I was fortunate to get the help I needed and I made it through. So I know you can too.

Surfing was a big part of my recovery process. I transformed it from an integral part of my drug scene into a path through to a life that I love. Both by actively surfing, and by cultivating the qualities needed to excel at surfing and in life—courage, patience, enthusiasm, discipline, and the willingness to get back up after a fall.

Our thoughts and prayers are with him and his family during this sad time.