Tom Daly’s gorgeous girlfriend was born Elsa Anna Sofie Hosk on November 7, 1988. The Swedish model and basketball player have been modeling since her high school years.

She moved to NY to pursue modeling full time and has said in interviews thanks to the intense basketball training, her body was ready to take on the demands of the modeling world.

Since then, the stunner has worked for a number of leading brands including Dior, Dolce & Gabbana, Free People, Ungaro, H&M, Lilly Pulitzer and Guess.

She has also appeared in many of the brand’s campaigns, especially for the sub-division Pink. Elsa is currently represented by IMG Models.

According to the Daily Mail, Elsa had a long-term relationship with fellow Swedish and record producer Andreas Kleerup. However, the pair parted ways in 2012 after four years together; allegedly she subsequently dated actor AJ Dipersia. Now is Tom Daly’s era. 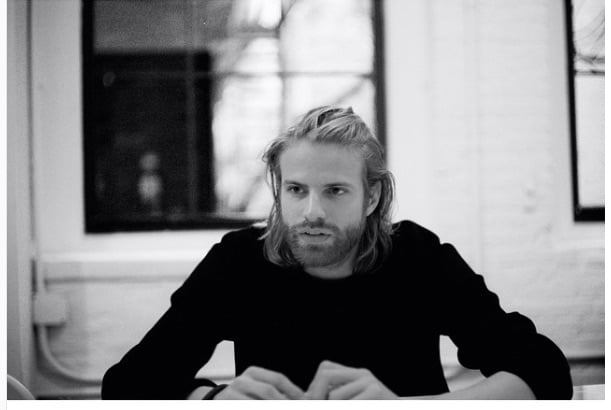 Born in the United Kingdom on September 15, 2985, Tom Daly is an entrepreneur and eyewear designer. He along with friend Max Vallot, are the co-founders of wellbeing brand District Vision. Tom and Max are old friends from university in London.

Daly is also the co-founder of the creative agency District Projects. He previously worked with Acne Studios for a number of years. The duo describes District Vision as a line of high-performance eyewear—featherweight, shatterproof, and handmade in Japan.

Tom, a tall blond Englishman is also a competitive runner. According to NY mag,  a breakup pushed him to start running marathons, and he found a community of like-minded joggers in Black Roses, a downtown running club.

You can find handsome Tom Daly on Instagram here.