Born Dame Zaha Hadid, on October 31, 1950 in Baghdad, Iraq; was known for her radical deconstructivist designs. Zaha grew up in Baghdad, the daughter of a wealthy industrialist and politician; her family was Sunni Muslim Arab.

Hadid began her studies at the American University in Beirut, Lebanon, receiving a bachelor’s degree in mathematics. In 1972 she traveled to London to study at the Architectural Association.

She would established her own London-based firm, in 1980. A few years later in 1983, she gained international recognition with her competition-winning entry for The Peak, a leisure and recreational centre in Hong Kong.

She was classified with architects known as “deconstructivists” due to her aggressive geometric designs are characterized by a sense of fragmentation, instability, and movement.

In the 80’ and 90’s she began to be known as a ‘paper architect’ because many of her radical designs, were never realized. 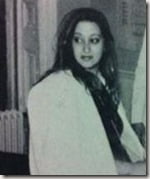 Her her designs were so avant-garde, that ended being exhibited as works of art in major museums. Hadid’s first major built project was the Vitra Fire Station (1989–93) in Weil am Rhein, Germany. She solidified her reputation as an architect of built works in 2000, when work began on her design for a new Lois & Richard Rosenthal Center for Contemporary Art in Cincinnati, Ohio. The 85,000-square-foot (7,900-square-metre) centre, which opened in 2003, was the first American museum designed by a woman.

She became the first woman to be awarded the Pritzker Architecture Prize, award she received in 2004. In 2010 Hadid’s bold design for the MAXXI museum of contemporary art and architecture in Rome earned her the Royal Institute of British Architects (RIBA) Stirling Prize for the best building by a British architect completed in the past year. She won a second Stirling Prize the following year for Evelyn Grace Academy, a secondary school in London. In 2012 she was made a Dame Commander of the Order of the British Empire (DBE). 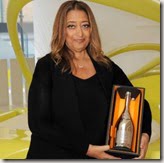 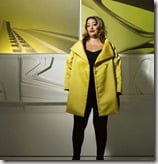 Other notable works include the London Aquatics Centre built for the 2012 Olympics and the Eli and Edythe Broad Art Museum, which opened in 2012 at Michigan State University in East Lansing, Michigan. Zaha taught architecture at some of the most prestigious universities, including Yale and Harvard, and also worked as a furniture designer.

Her many accomplishment also made her become N. 69 on Forbes’ World’s 100 Most Powerful Women list in 2008, and the 2010 Time 100 list included her among the influential thinkers of the year.

Zaha was never married nor had any children, but if we can name one important man in her life, it would be, Patrik Schumacher –who is Zaha’s Company Director and Senior Designer. 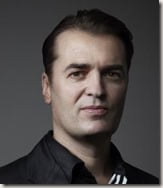 According to the website, Patrik and Zaha were involved in all projects. He joined the firm in 1988.

Zaha suffered a heart attack on Thursday while in hospital in Miami.