Carter Vanderbilt Cooper is the late son of Gloria Vanderbilt and her fourth husband, Wyatt Cooper. He was the first child of the couple, making him the older brother of renowned journalist, Anderson Cooper.

Fashion designer and heiress Gloria Vanderbilt, and Mr. Cooper, who was at the time a well-known social figure, were married in 1963, he for the first time.

Carter Vanderbilt Cooper committed suicide 28-years-ago, he 23, depressed due to a series of events including breaking up from his longtime love, Pearson Marx.

Eight years after his death, Gloria Vanderbilt wrote, A Mother’s Story . According to the book, she believed her son’s suicide was the result of a psychosis induced by that new prescription inhaler. 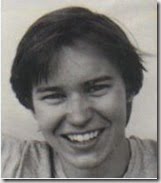 Expected Visit, would be the Last

On the morning of July 22, 1988, Carter arrived unexpectedly at his mother’s 14th-floor apartment in New York City. He told his mother he was moving back home. Having not slept for several nights, after dinner Carter retired to the sofa in his room for a nap.

Mrs. Vanderbilt, asked him if he wanted for her to read him a story, as she used to, he said yes; she picked Michael Cummingham’s, White Angel

Mrs. Vanderbilt checked on him several times during his nap and found him sleeping.

About 7:00 p.m. Carter, awake, entered his mother’s room, looking dazed and asking several times, “What’s going on?” After a short conversation in which Mrs. Vanderbilt’s attempts were to soothe and orient her son, Carter took off, running up the stairs to his bedroom. His mother arrived swiftly behind him. She found him sitting on the low wall of the terrace, one foot on the floor, the other on the wall. Another short conversation ensued, attempts on the part of his mother to get him away from the wall.

As she tried to approach him, with the arm held in a military gesture for “stop!.” He wondered, “Will I ever feel again?” His mother recounts the devastating events of that sad afternoon.

Mrs. Vanderbilt suggested calling his new therapist but couldn’t remember the number. Carter shouted out the number, then said, “**** you!” He stared down. A helicopter passed overhead. Carter looked up, then back at his mother. He reached his hand out longingly to her. Then he moved “deftly as an athlete, over the wall, holding on to the edge as if it were a practice bar gym, holding firmly and confidently, then he let go.” 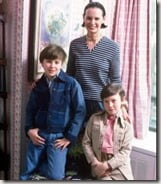 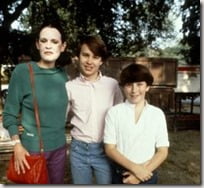 Carter Cooper was not into alcohol or drugs. His autopsy confirmed none were in his system. He did, however, have a newly prescribed inhaler for his asthma. He was also seeing a therapist at the time and is said to have had broken up with Ms. Marx. 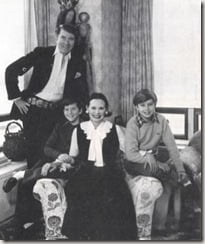 Carter’s father, Wyatt Cooper was an author and film-script writer. He died after suffering a series of heart attacks while undergoing open-heart surgery, and died January 5, 1978, at age 50.

According to Anderson Cooper –who was 21 when his brother died –Carter, who went to Princeton, wrote book reviews and started editing a history magazine; he talked about writing a novel.

It is said, Carter’s suicide sparked in part, Anderson’s interest in journalism.

After nearly 30 years of his sudden death, Carter Vanderbilt Cooper has remembered once again in the new book, The Rainbow Comes and Goes: A mother and son on life, love, and loss.